Home / This and That

My TV Appearance on Wake Up Wisconsin

Dear Giada, I will never make fun of you for slipping into a faux Italian accent again. Cooking on TV is so much harder than it looks. It’s also a ton of fun. On Monday morning, I had the unique opportunity to appear on “Wake Up Wisconsin,” Madison’s local ABC morning program. When the station’s anchor Dani contacted me to see if I would be interested in performing a televised cooking demonstration, I fell off my chair with excitement. From where I lay on floor, I managed to utter what I hope was a breezy, “Why yes, that would be lovely.” Did I mind that the taping would be live? “Oh no, not at all.” I was so cool, Dani must have thought I’d conducted dozens of live televised cooking demos, right up until the point I asked her the most essential question of our initial interview: “What do I wear?” I arrived at the sunny (a.k.a. pitch black) hour of 6:15 a.m., just early enough to make myself incredibly nervous before my 6:45 a.m. appearance. I had consumed only three sips of coffee, salvaged from my 5:30 a.m. brewing disaster—apparently I need coffee to make coffee. My epic coffee fail turned out to be a blessing, since all of the blood in my veins was mysteriously replaced by adrenaline the moment I walked in the studio door. One more sip of caffeine would have given me the shakes.

Fortunately for my nerves, the little kid in me who wanted to grow up to be a meteorologist was happily distracted by the novelty of seeing a news station behind the scenes. I spy a green screen through the set window. Five minutes before my segment began, I placed my prepped ingredients on the “kitchen counter” (a small table), wired my blouse with a microphone, and tried not to sneeze. Lights flash, 3-2-1, and… For the demo, I presented one of my favorite fall and winter side dishes: Warm Brussels Sprouts Salad with Kamut and Blue Cheese. Did I incite veggie cravings throughout southern Wisconsin at 6:45 a.m.? Maybe once I reached this part, where I add the bacon. To watch the recording of my segment on Wake Up Wisconsin click on over to the WKOW website now.

Other than my blue shirt blending into the background, looking like a behemoth (barely 5’4’’ and scared of looking short, I wore platforms, only to dwarf Dani, my adorable interviewer), and a few awkward glances at the camera, I’d say it went OK. What do you think?

NOTE: The video will only be posted for about a week, so if you’re itching to see what I look like as a giant, it’s now or never!

Thank you all so much for your kind words of encouragement leading up to this event! Your good vibes did the trick. I had a blast and “Wake Up Wisconsin” has asked me to come back for another demonstration in December.  I don’t yet know what I’ll make (suggestions of holiday dishes welcome), but I can say with complete confidence… 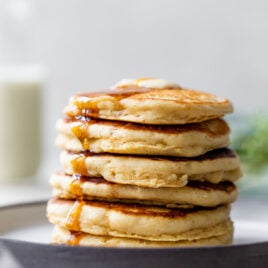 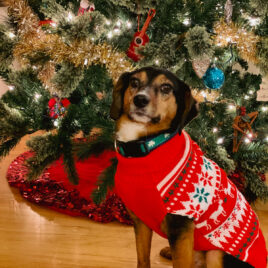 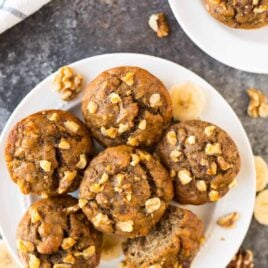