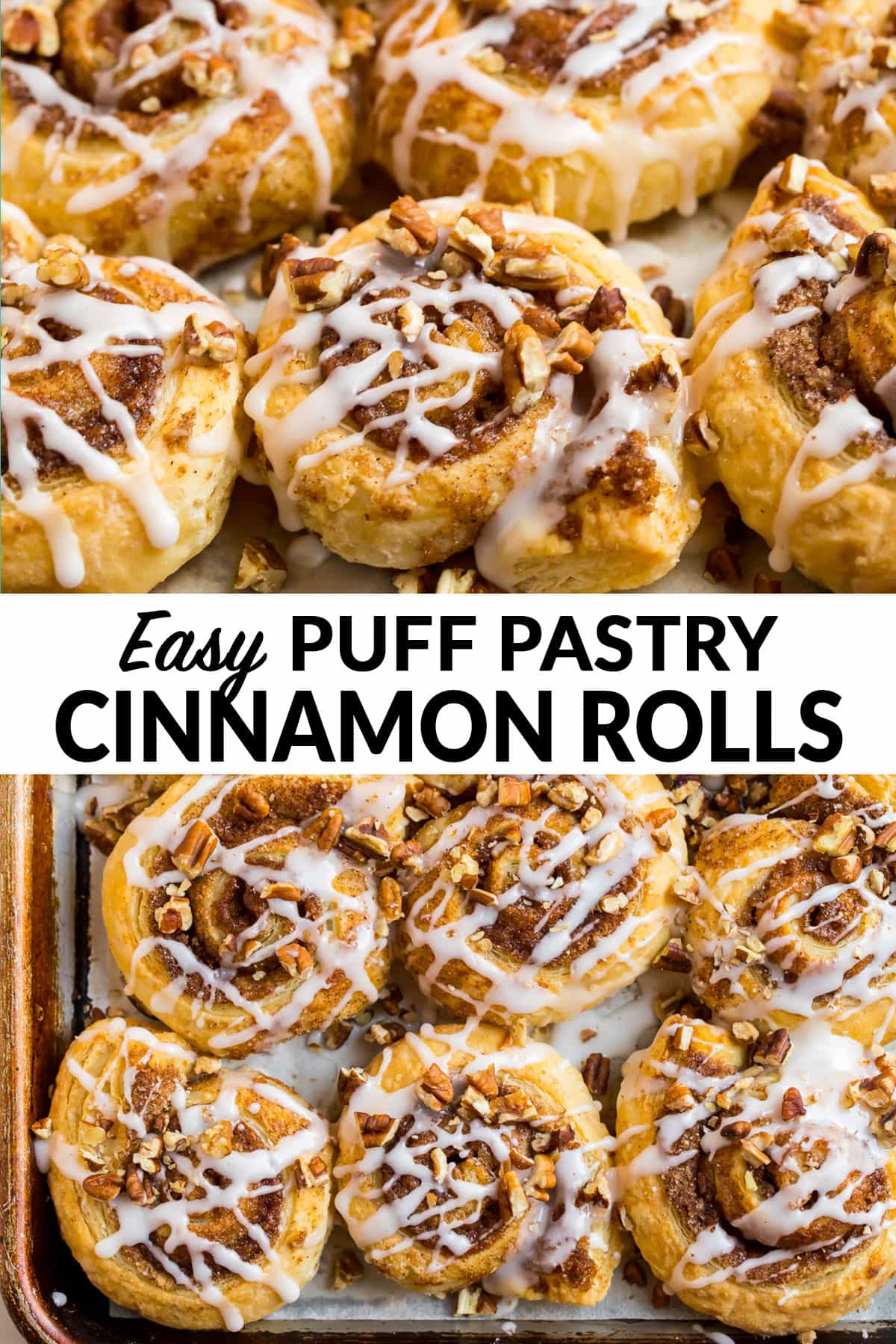 When it comes to easy entertaining recipes that are a snap to prepare, yet look elegant enough for a magazine cover, truly there is never enough puff (pastry!). These sweet and flaky Puff Pastry Cinnamon Rolls are the easiest way to add something special to your breakfast spread. 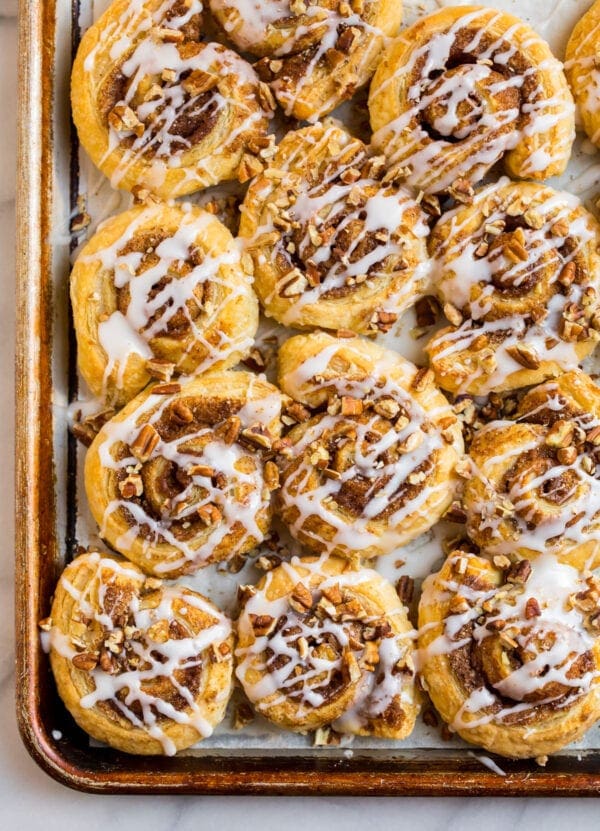 I grew up with a love of cinnamon rolls of all kinds. My Grandma Dorothy spoiled her family with her legendary from-scratch cinnamon rolls for as long as I can remember. To me, these will forever be the greatest cinnamon rolls in the world.

On summer mornings and weekends, my sisters and I would pop open a can of Pillsbury cinnamon rolls and devour the entire batch—no comparison to Grandma’s but convenient and delish.

I still adore cinnamon rolls as much as ever, but my tastes are a bit more discerning. These puff pastry cinnamon rolls are THE ideal option when you need a breakfast that feels cinnamon-roll special, without the fuss of making them from scratch.

I consider frozen puff pastry an entertaining staple, especially at the holidays. It’s buttery, flaky, and can be used in a limitless number of both sweet and savory recipes.

If you need a last-minute easy breakfast recipe for a crowd, are ahead of the game and want a brunch recipe you can prepare in advance, or if cinnamon rolls hold a place in your heart (and stomach!) like they do mine, look no further than these simple puff pastry cinnamon rolls. 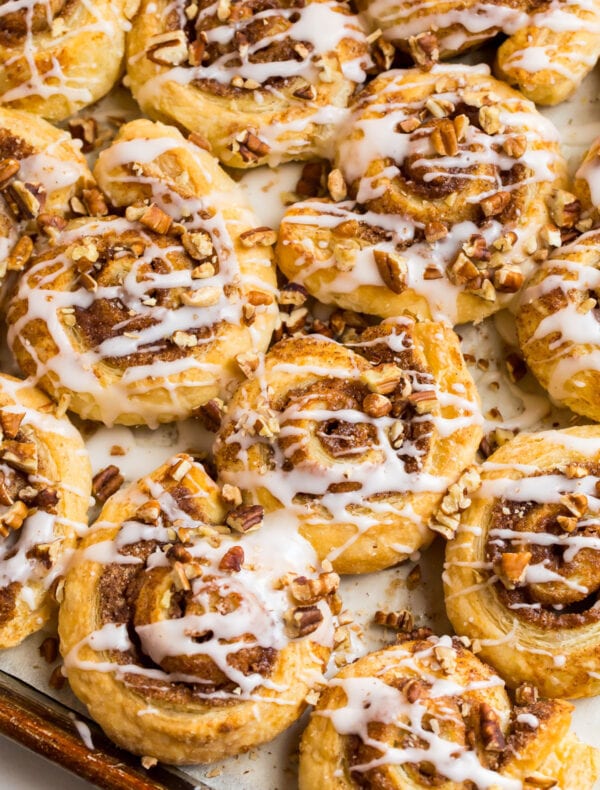 Traditional cinnamon rolls are a sweet breakfast pastry made with a buttery, yeast-based dough. These puff pastry cinnamon rolls swap the usual dough for a sheet of puff pastry, which is available in the freezer section of most grocery stores (no need to make it from scratch, truly!). A sheet of puff pastry sheet is thin when you roll it out, but as the dough bakes, the layers of butter within it expand so that the pastry “puffs” up. It’s light, flaky, and absolutely delicious.

The only advance prep you need here to make this recipe is to ensure that you thaw your puff pastry in the refrigerator overnight. Once you have it on hand, you are ready to roll! <—did you see what I did there? 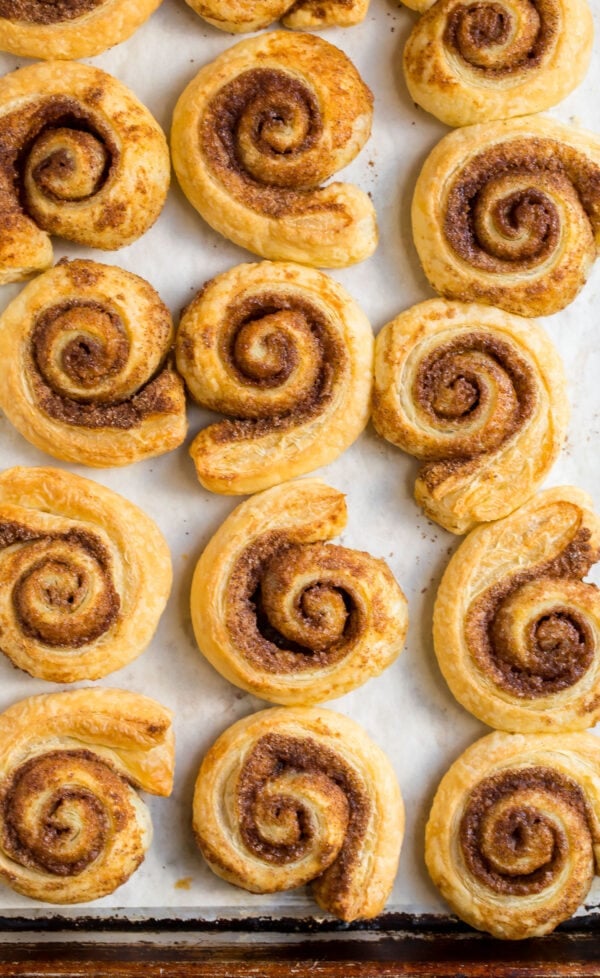 Make This Recipe Ahead + Storage Tips 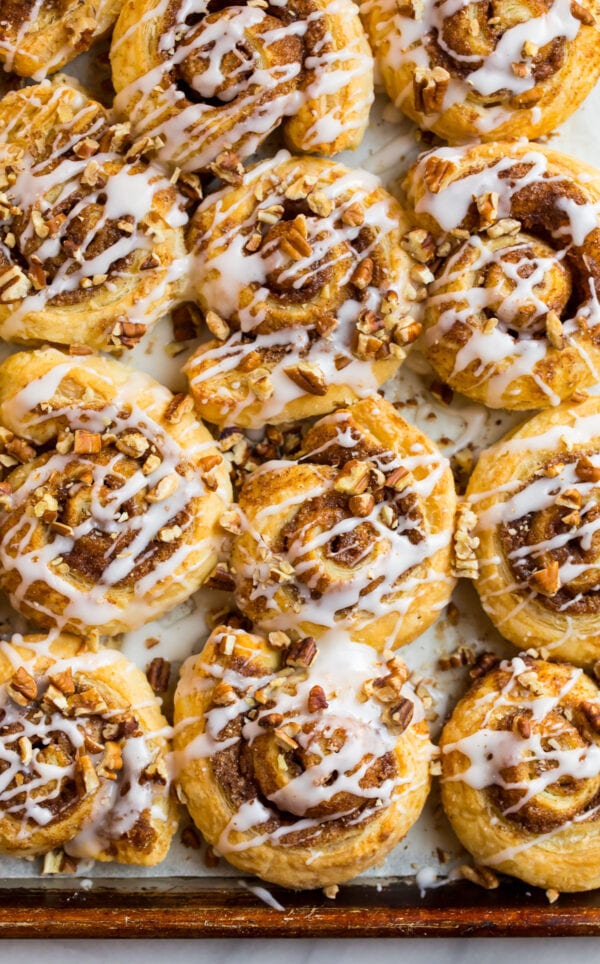 More Make Ahead Breakfast Recipes for a Crowd 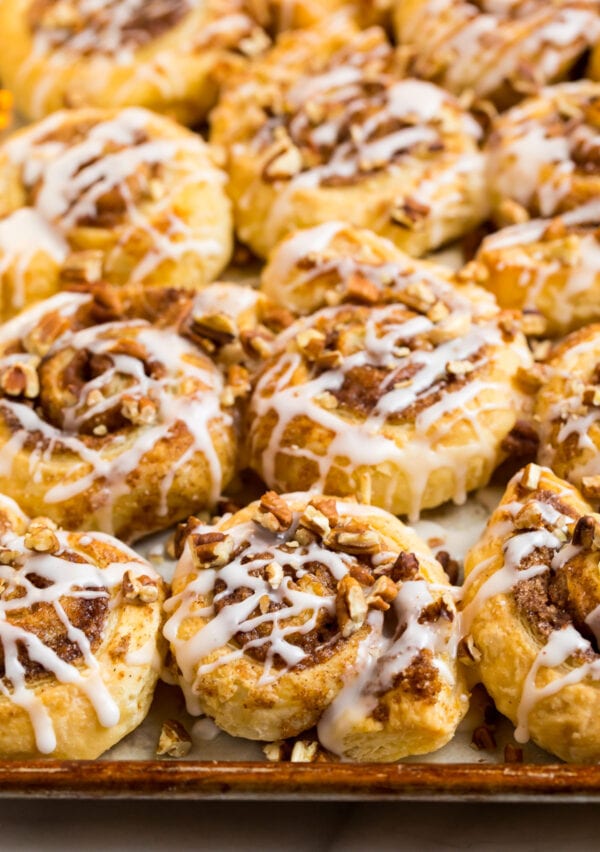 In addition to being an elegant addition to any breakfast spread, these easy puff pastry cinnamon rolls are a fun, unexpected item to add to a dessert platter. I can also attest that they pair well with coffee (and hot chocolate), particularly when one is cozied up on the couch with holiday tunes in the background. 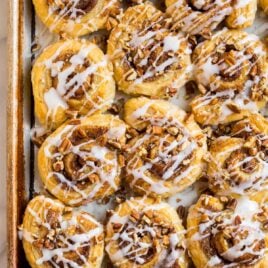 FOR THE CINNAMON ROLLS 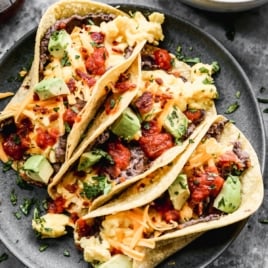 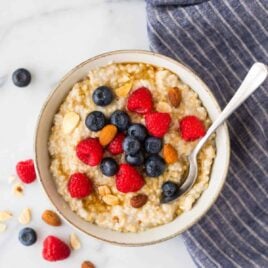 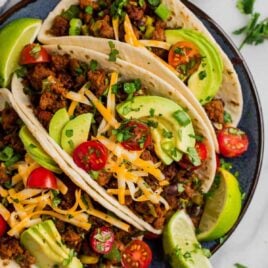