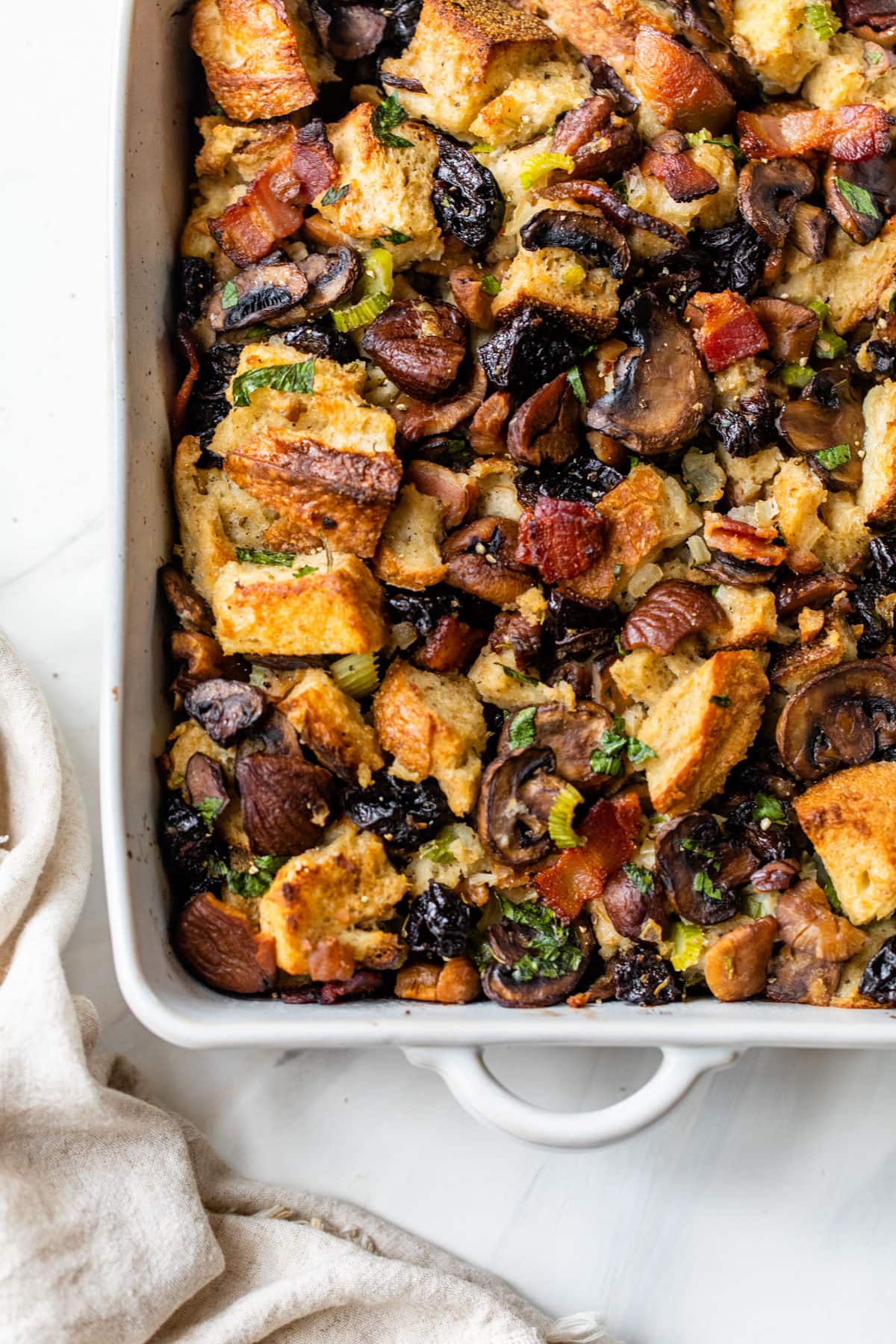 I can’t decide which will be harder about not coming home for Thanksgiving: missing seeing my family, or missing my step dad Larry’s Rosemary Bacon Mushroom Stuffing.

This year marks Ben and my fourth Thanksgiving as a married couple, and up until this point, I’ve managed to delicately negotiate spending every Turkey Day with my family in Wichita. We live 20 minutes from Ben’s parents and two hours from his extended family, so the logic has gone that, since I only make it home two or three times a year, one of those times should be Thanksgiving. Up until this year, that logic has held.

Thanksgiving (and all holidays really) are a BIG DEAL in my family. We pull out the good china, agonize over which pumpkin dessert to make (my vote is Pumpkin Pecan Pie), and disagree over whose mashed potato recipe is better, The Pioneer Woman’s or Paula Deen’s. (For the record, I vote Pioneer Woman.) The idea of spending Thanksgiving anywhere but around my mom’s table with a full glass of wine and plate heaped high with the recipes we’ve been making every Thanksgiving year after year seems both impossible and disheartening.

Except that now I have another family now too: Ben’s. Thanksgiving is a big deal in his family as well.

I am incredibly blessed to have married into a boisterous Italian family who I love and who also happens to throw a stellar party. As hard as it is going to be to spend Thanksgiving away from my family this year, I know that it is important that we spend a Thanksgiving with Ben’s family too.

Although nothing will replace seeing my mom and sisters, fortunately I won’t need to miss our entire spread. I’m planning to share a bit of my family tradition with Ben’s by bringing my two favorite side dishes: Glazed Sweet Potatoes with Whiskey Pecans and today’s recipe for rosemary bacon mushroom stuffing.

About This Delicious Chestnut Stuffing

Although not classic to stuffing, the prunes add a rich sweetness that is an ideal counterpoint to the salty pancetta.

In fact, I love this chestnut stuffing so much, I’ve been known to eat it for breakfast the next morning with a runny egg on top..

In place of the pancetta, I used thick cut bacon, which is easily available.

It cooks and crisps beautifully, adds a phenomenal smokiness to the stuffing, and I find it offers more flavor than pancetta too.

For the bread, I opted for a hearty whole grain loaf. I love the nuttiness it adds, as well as the extra fiber boost (necessary to survive a full Thanksgiving day eating marathon).

A quick toasting in the oven made for perfectly light and crispy croutons, perfect for drinking up the flavorful stock (and a bit of the extra bacon fat too!).

Mushrooms add an earthy flavor, and I kept Larry’s prunes, because I’ve become addicted to the juicy chew and sweetness they provide. Once you try them in your stuffing, you won’t be able to imagine it any other way.

How to Store and Reheat Chestnut Stuffing

I know families often make the same recipes year after year, but if you are in the market for a new stuffing recipe (and honestly, even if you are not), I’m positive that this one will become an instant favorite at your table. Salty, earthy, a little savory, and a little sweet, it’s a Thanksgiving side dish your entire gathering is sure to gobble.

5 from 1 vote
Chestnut stuffing with bacon, mushrooms, herbs, and prunes. The rich combination of sweet and savory flavors make this the best stuffing recipe you will ever try!
Total: 1 hr 15 mins
Servings: 1 9×13-inch pan
ReviewPrint 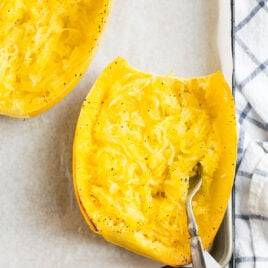 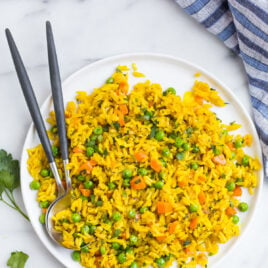