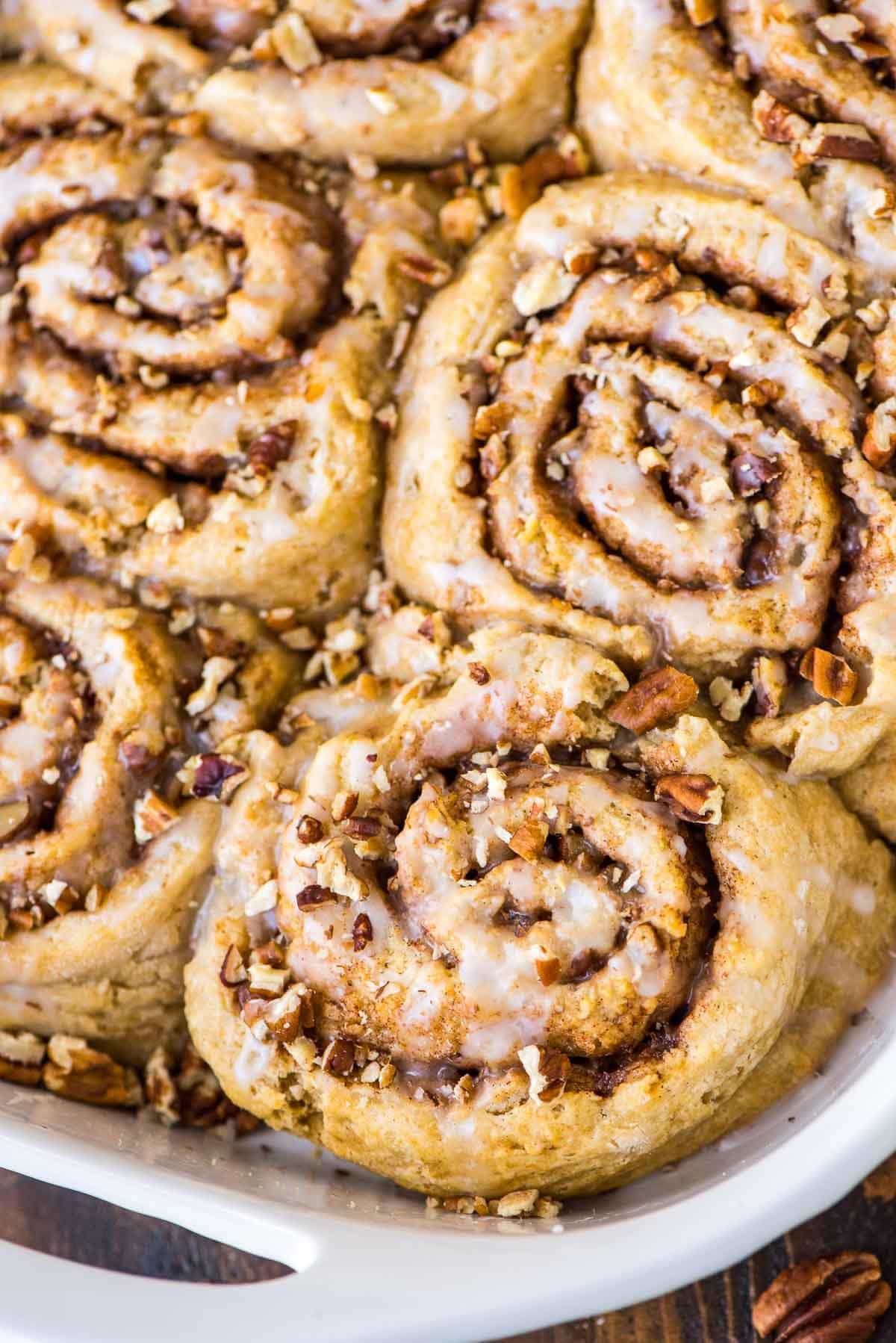 Cinnamon buns have been a constant, comforting presence in every stage of my life. Biscuit Cinnamon Rolls are the latest chapter.

Buttery, flakey biscuit dough wrapped around a gooey cinnamon sugar filling and topped with buttermilk glaze, these pinwheels of sweet breakfast bliss will brighten even the grayest of days. After the divisiveness I’ve encountered in my Facebook feed, on the news, and even in passing conversations this past week, I think we are all due for a moment of quiet reserve. And carbs. I’ll take mine in the form of Biscuit Cinnamon Rolls, pretty please. 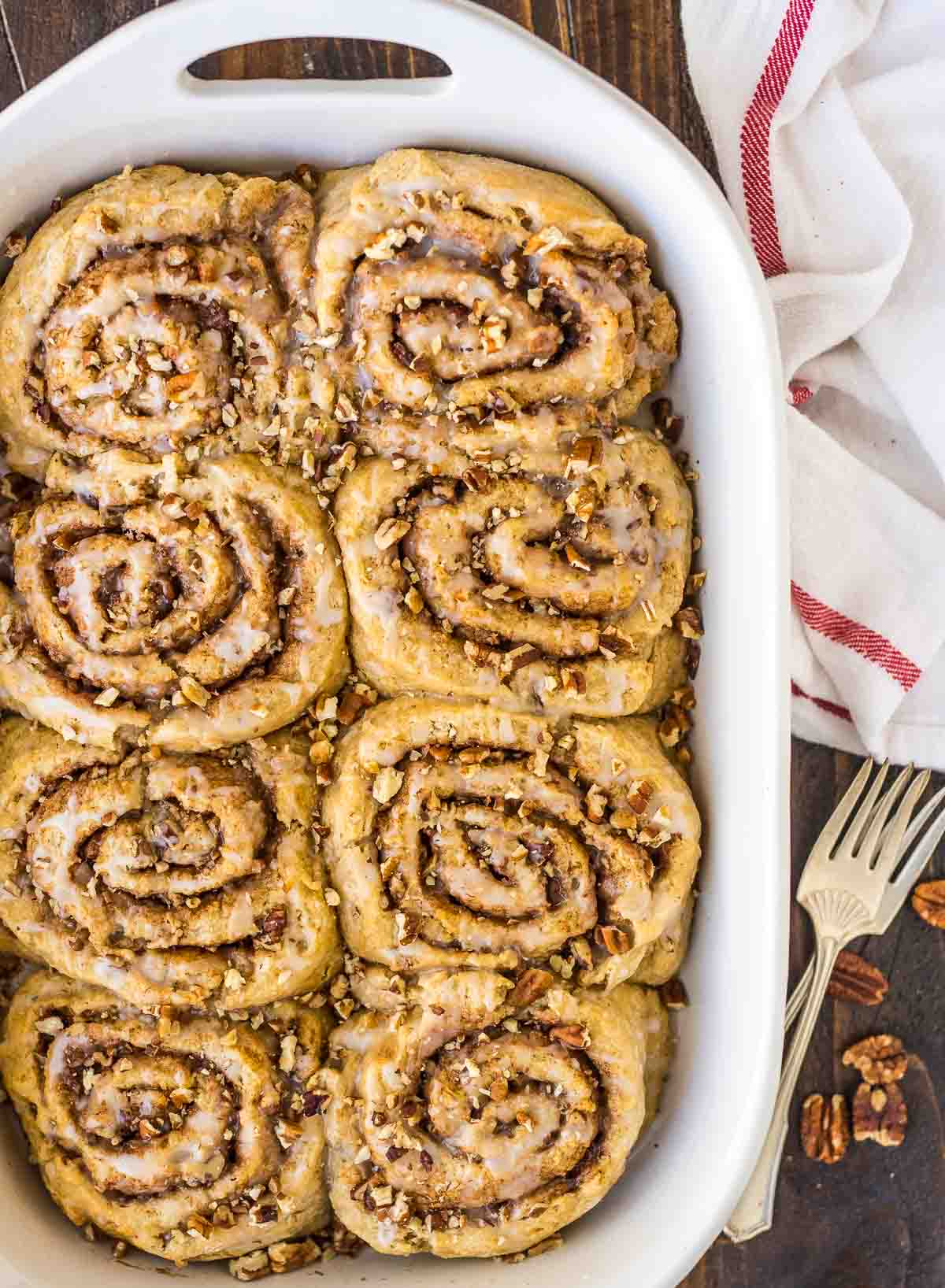 Why I Love These Homemade Cinnamon Rolls

My relationship with cinnamon buns (assuming one can have a relationship with a baked good, which I happen to believe is quite possible) began early. Growing up, my Grandma Dorothy made the most ethereal cinnamon buns from scratch. To this day, I will never bake or eat one without first thinking of her and the dozens of pans of fluffy homemade cinnamon rolls she baked every Christmas and at her grandchildren’s request.

When I wasn’t at Grandma’s, Pillsbury had my cinnamon roll needs covered. My mom always kept a can in the refrigerator, and from the age of eight, I knew how to pop it open and put the rolls in the oven. My sisters and I even had a strict rotation for who had the privilege of eating the coveted middle cinnamon roll. 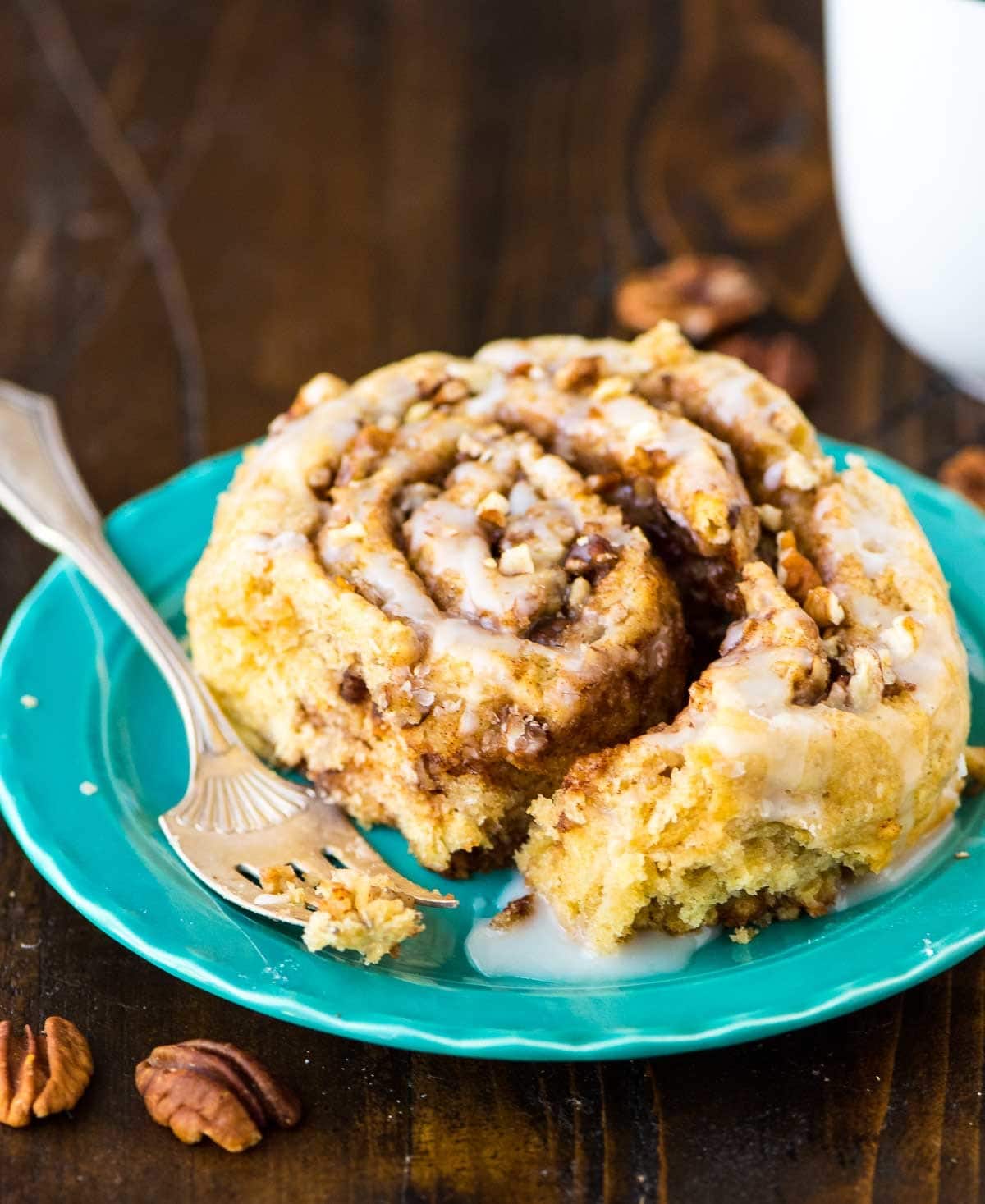 Now, as an adult with a penchant for solving the world’s problems with a whisk in one hand and a bag of flour in the other, I’ve enjoyed creating different versions of cinnamon rolls, many of which you’ll find on this site, including Gingerbread Cinnamon Rolls, Red Velvet Cinnamon Rolls, and Yukon Gold Cinnamon Rolls. Although I may never be the classic cinnamon roll master that my Grandma Dorothy was, I am confident that she would have applauded my efforts.

In place of the classic yeast dough called for in most cinnamon roll recipes, biscuit cinnamon rolls use a classic buttermilk biscuit dough, which is made by cutting butter into the dry ingredients, then adding buttermilk. The specs of butter expand in the oven, creating layer upon layer of fluffy, flakey dough. Since there isn’t any yeast in the recipe, you don’t need to wait for the cinnamon roll dough to rise or stress about accidentally killing the yeast. 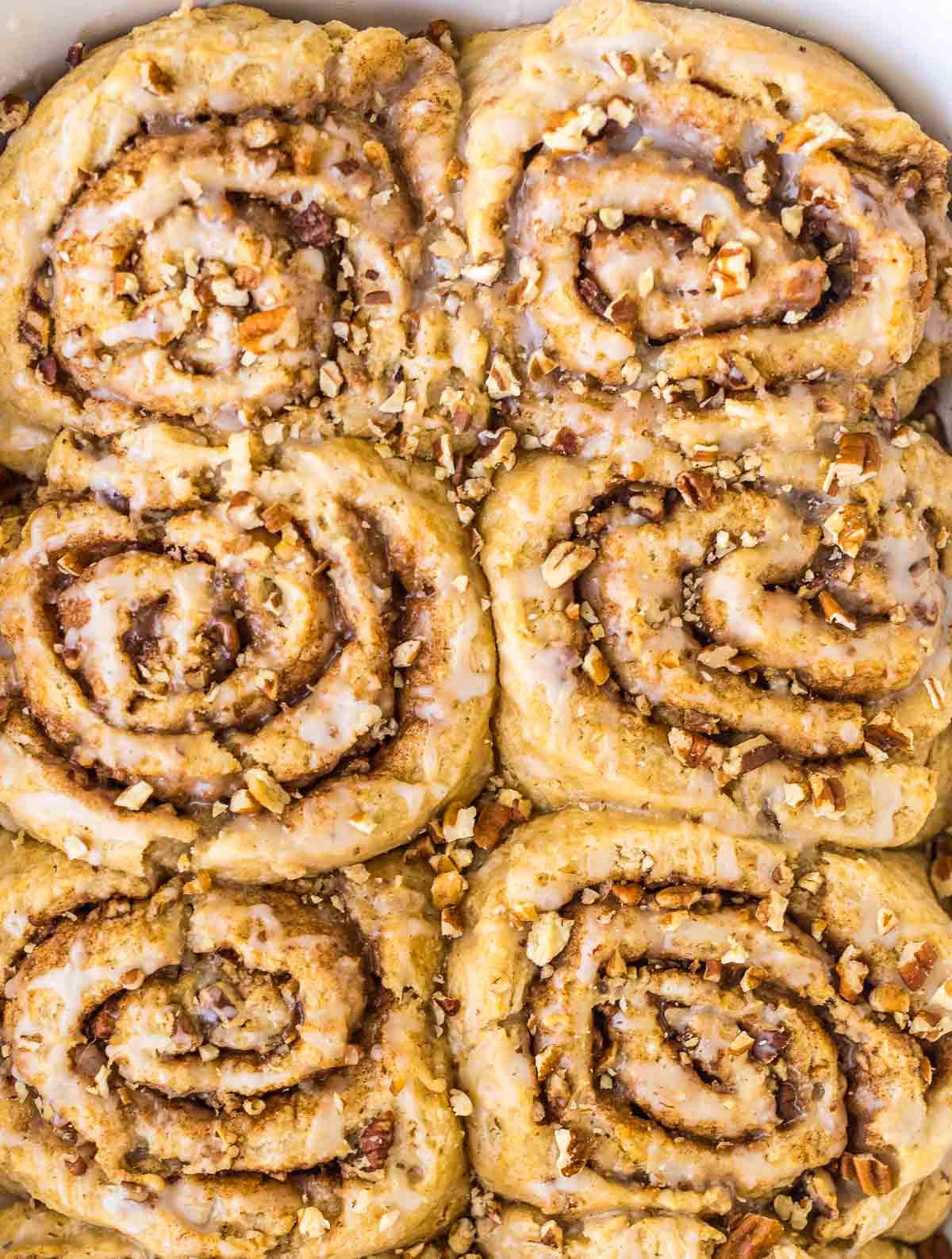 While I’ll always have a soft spot for classic cinnamon roll recipes (my first love), these biscuit cinnamon rolls are making a serious pitch for my heart. They fuse the delightfully buttery, cloud-like texture of buttermilk biscuits with the iconic ooey-gooey factor of a Cinnabon.

The final flourish — a drizzle of buttermilk glaze — adds the perfect amount of sweetness. It’s enough to be satisfying, but not soooooooo much that you feel obligated to stop at just one, a very good (if dangerous) quality. It’s appropriate, as Grandma Dorothy always approved of second helpings. After your first bite of biscuit cinnamon rolls, I suspect that you will too. 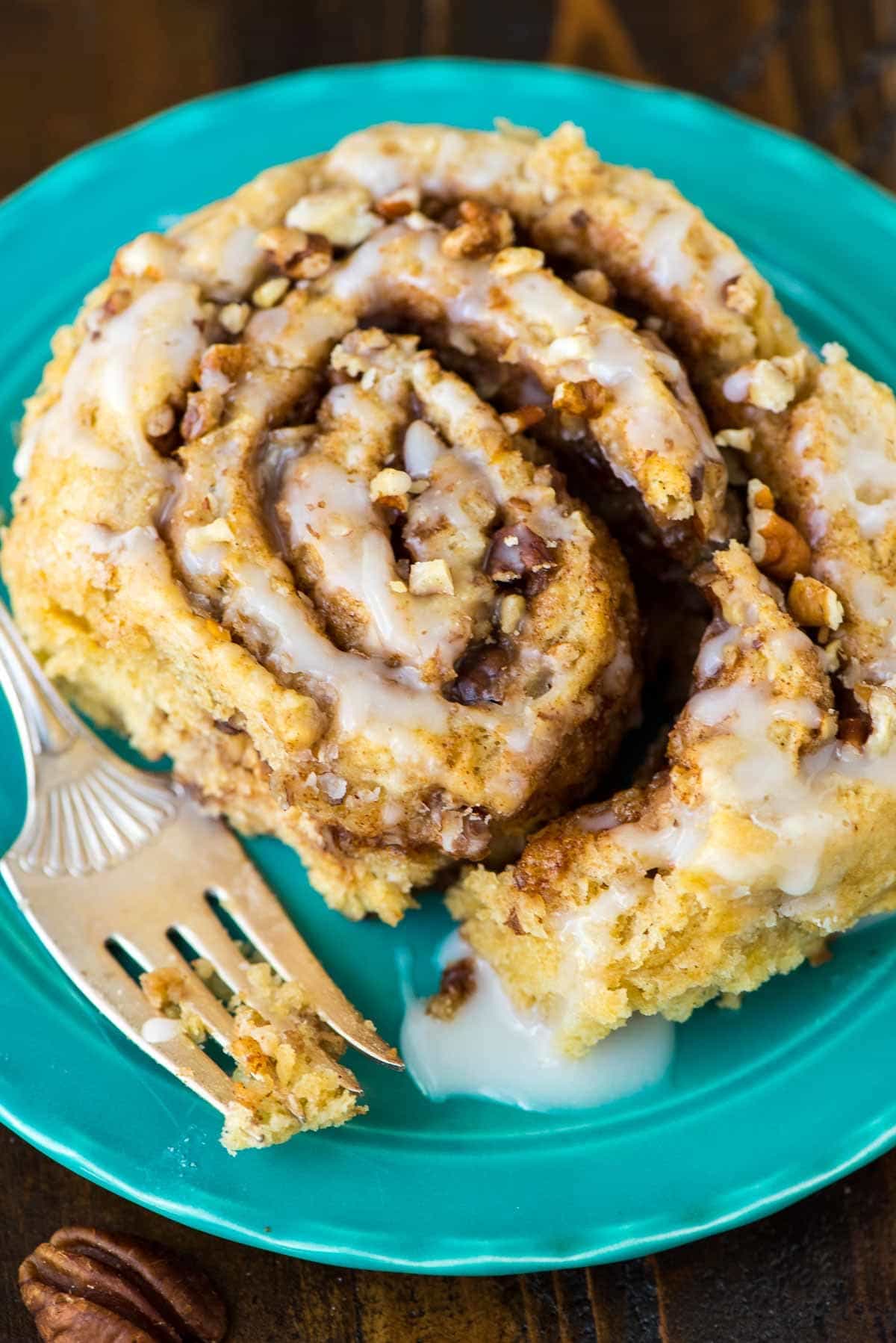 Make Ahead and Storage Tips 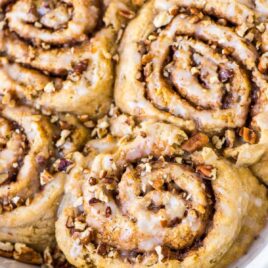 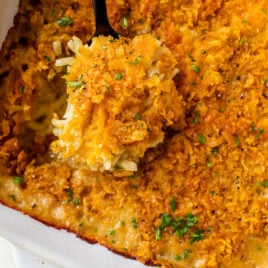 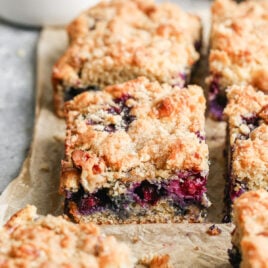 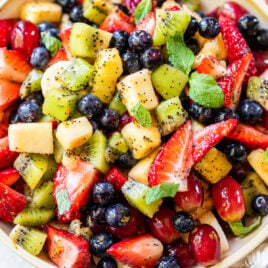