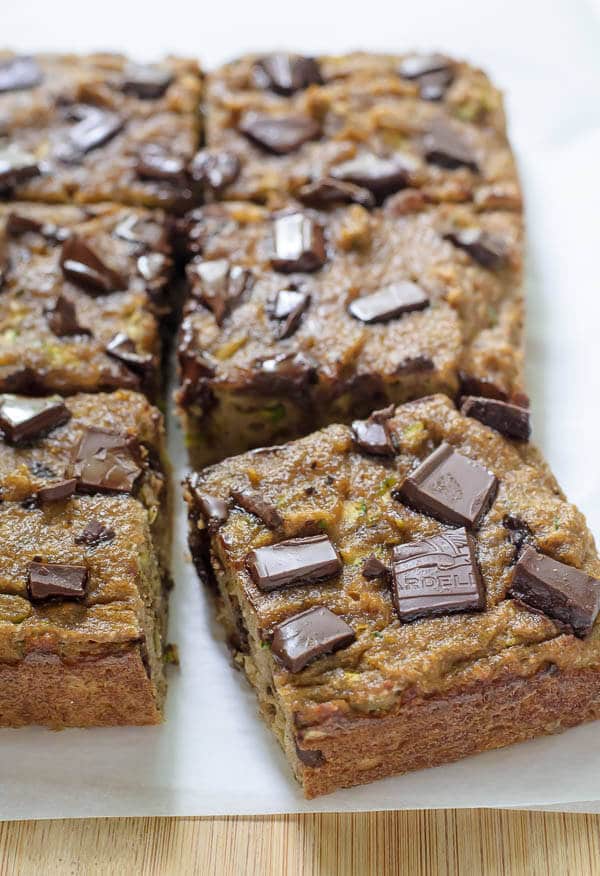 I am a sucker for a good deal, which is probably why every summer we end up stocked with enough zucchini to feed a family of plant-eating dinosaurs. One more trip to the farmers market and we’re going to need another refrigerator. Time to bake Paleo Zucchini Bread with Chocolate Chips! 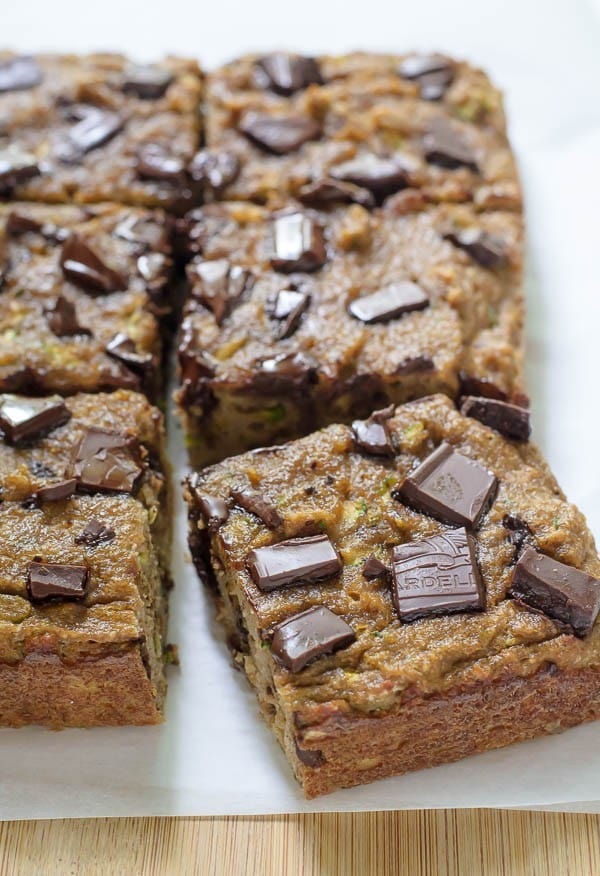 This Paleo Chocolate Zucchini Bread tastes moist and decadent like a cake but is made entirely of healthy ingredients.

It contains a whole zucchini.

It’s going to save the planet. Just kidding.

This Chocolate Chip Paleo Zucchini Bread contains everything I know I should be eating, but tastes like what I want to be eating.

And guess what? YOU love eating it too! In the two years since I first posted it, this Paleo Zucchini Bread recipe has remained one of the most popular posts on Well Plated (check out the reviews!). 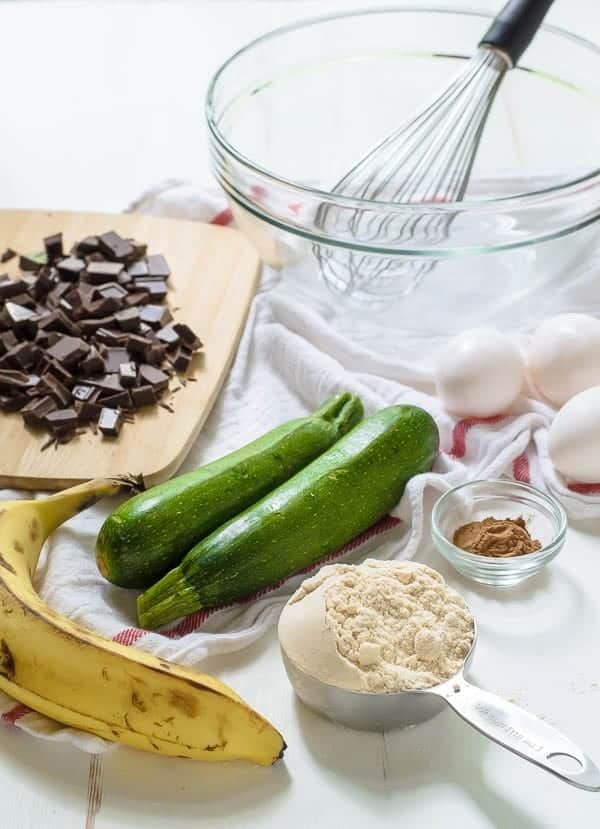 Since zucchini is poised to take over gardens, farm stands, and grocery store shelves with its annual vengeance, today felt like an ideal opportunity to pull this recipe from the archives. It’s one of my favorites, one of YOUR favorites, and I added a step-by-step video at the bottom of the post to make it even easier to make too!

If the word “Paleo” intimidates you, just cross it out of your mind. I included it in the recipe title to be helpful to those that do follow a Paleo diet, but you don’t need anything but a love of wholesome baked treats to enjoy this Paleo Zucchini Bread recipe (or this Almond Flour Banana Bread, which is also Paleo). 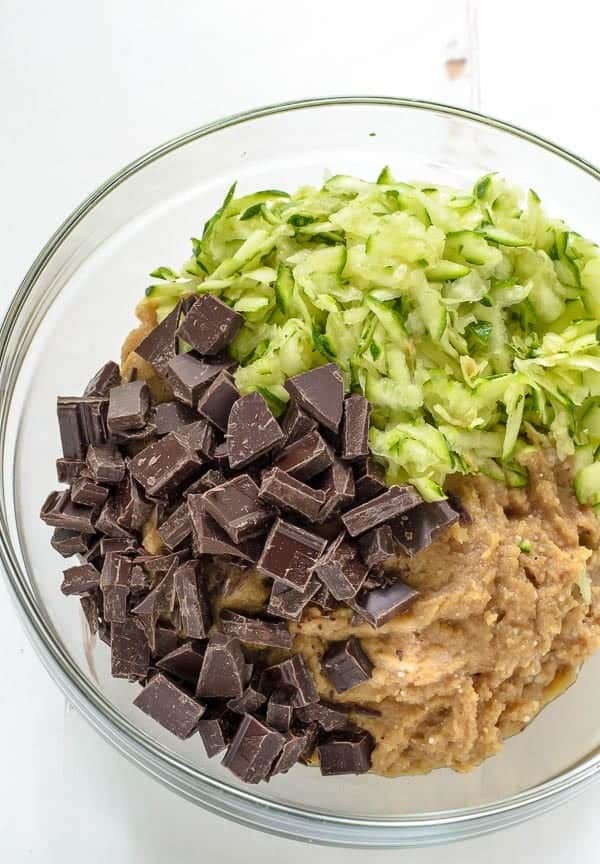 I don’t follow a Paleo diet myself, but I love using an ingredient that is a staple in many Paleo recipes: coconut flour. It’s high fiber and low carb, and it’s an excellent alternative for anyone who is sensitive to grains or follows a Paleo diet themselves. It’s also a gluten free recipe (this Gluten Free Zucchini Bread is another great gluten free option).

I use coconut flour to make these Cookie Dough No Bake Protein Balls, and I love baking with it too. It’s the secret ingredient that makes this Paleo Zucchini Bread so rich and filling. 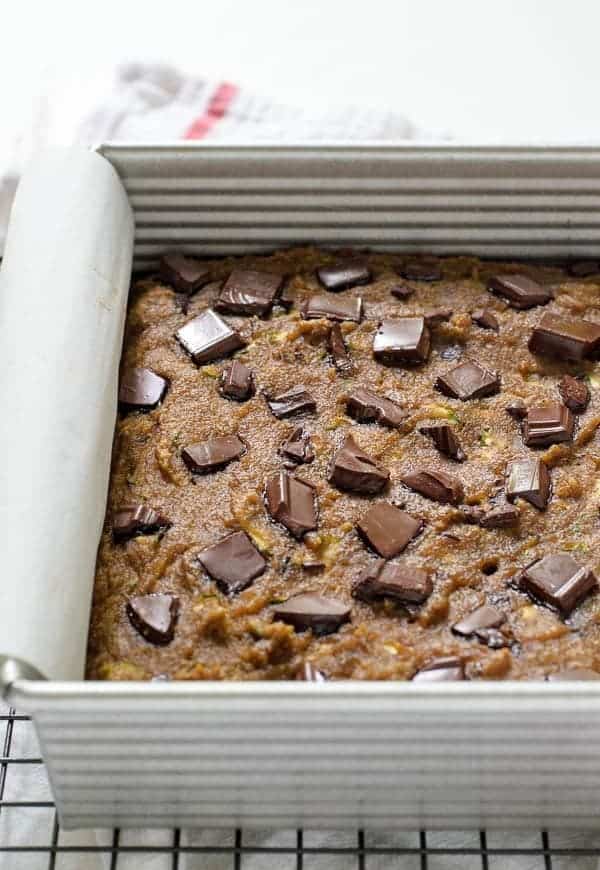 Coconut flour does require a seemingly excessive amount of moisture to bake properly, so in addition to the shredded zucchini, I added a mashed ripe banana, which both makes this Paleo Zucchini Bread incredibly soft and sweetens it naturally.

The rest of the zucchini bread’s moisture comes from a touch of coconut oil, pure maple syrup, and six whole eggs. I know six seems like an excessive tax on the chicken coop, but this coconut flour chocolate zucchini bread recipe does need every last one. Just keep cracking and think of how much your body will love you for all that lean protein! 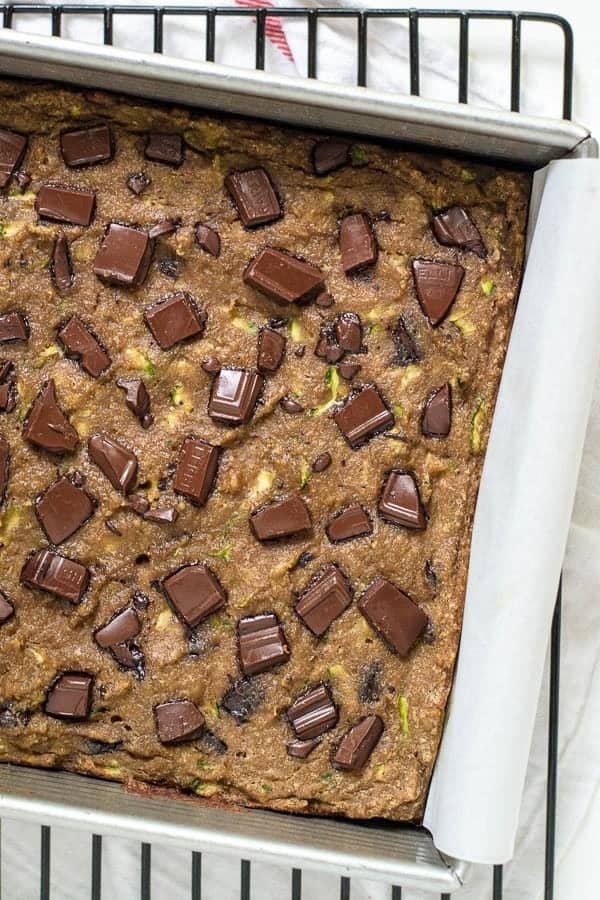 Although you *could* keep this Chocolate Chip Paleo Zucchini Bread entirely on the healthy side by omitting the chocolate, I highly doubt you will regret keeping it.

You certainly won’t regret saving the biggest chunks to sprinkle over the top. When the Paleo Zucchini Bread is warm, they soften into shiny pools of chocolate bliss and infuse every bite with just the right amount of indulgence. 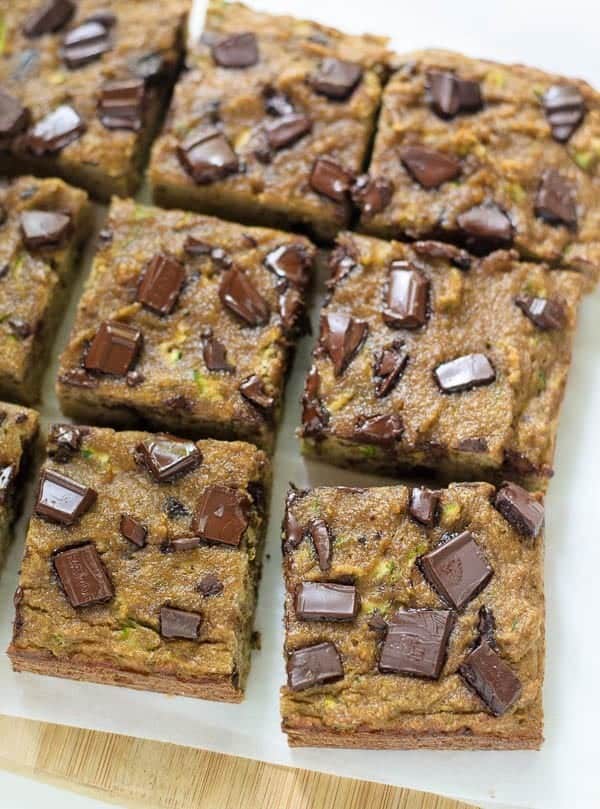 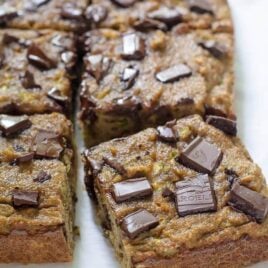 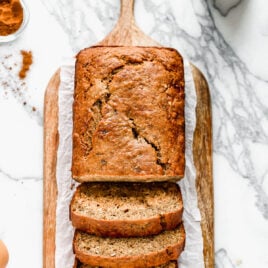 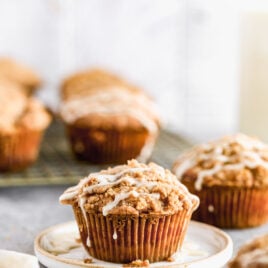 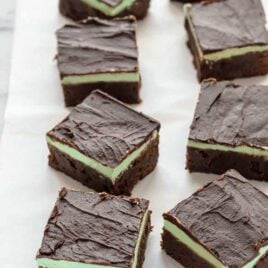