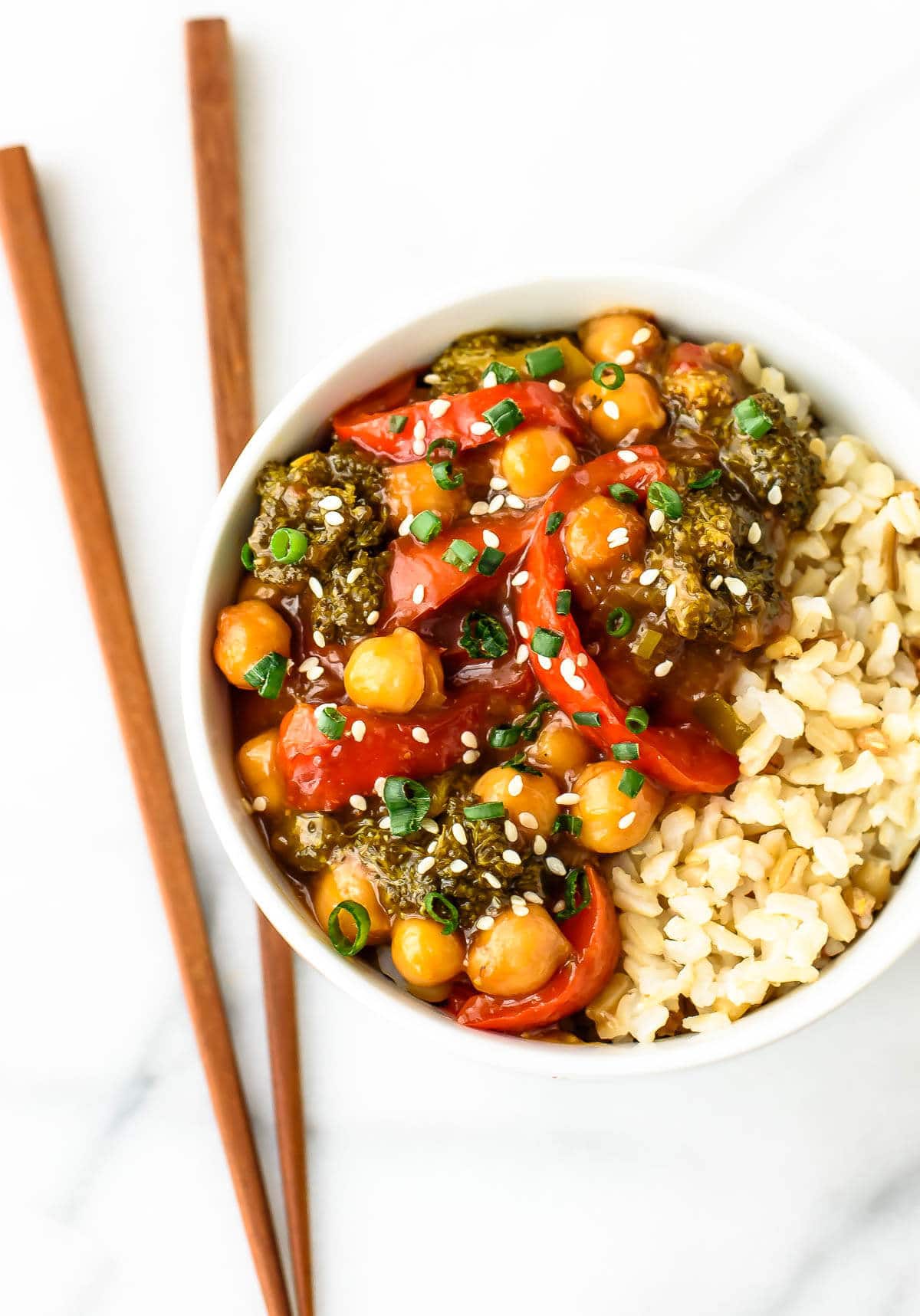 General Tso’s chicken is always a good idea until it’s not. For a lighter, vegetarian (and vegan), easier on the stomach version, try these General Tso’s Chickpeas instead.

While small on the fork (or between the chopsticks if you are fancy and coordinated), General Tso’s chicken can be heavy on regret.

Breaded, deep-fried, and coated in a goopy, sugary sauce (unlike this lightened-up version of General Tso Chicken), it is notorious for being one of the least healthy dishes on a Chinese restaurant menu. With that being said, it’s also delicious (as is this Honey Lime Tofu Stir Fry).

I decided to see if I could replicate the same addictive flavor of classic General Tso’s, but in a way that would be both reasonably healthy and attainable for a weeknight meal (like with this Homemade Fried Rice and Egg Roll in a Bowl).

The answer came in the form of sticky, sweet apricot jam and an everyday can of chickpeas. Skeptical? You’re going to have to trust me on this one.

“This is fantastic!! My son said it’s a restaurant-quality meal.”

How to Make General Tso’s Chickpeas

With all the BEST flavors of traditional General Tso’s chicken, this vegetarian chickpea version is coated in a sweet, sticky sauce (made without gobs of brown sugar) and married with tender red peppers and broccoli.

(Try this General Tso’s Tofu for another lightened-up vegetarian version of this dish.)

If you need this dish to be gluten free, swap the soy sauce for tamari instead.

Tools Used to Make This Recipe

Chickpeas instead of chicken—I think General Tso would approve.

Could I Use Amino Acids instead of Soy Sauce?

I have not prepared this dish with amino acids so it would be an experiment. However, if you have made this swap with success in similar stir fry recipes, then it would likely work in this recipe too.

Why is General Tso’s Sauce Thin?

Make sure you allow the sauce to thicken—don’t rush the process. If your sauce still seems thin, prepare a little extra cornstarch slurry (try a few teaspoons of water mixed with a tablespoon of cornstarch) and add it to the pan to thicken the sauce further.

Who Was General Tso?

General Tso (aka Zuo Zongtang) was a Chinese military leader during the Taiping Rebellion, a Chinese civil war that occurred during the mid-1800s. He is not the creator of this dish, simply its namesake. 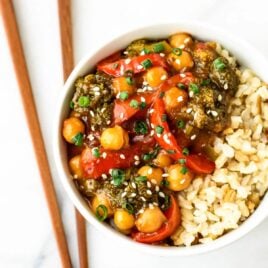 For the Chickpeas and Vegetables:

For the General Tso’s Sauce: 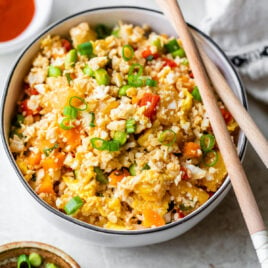 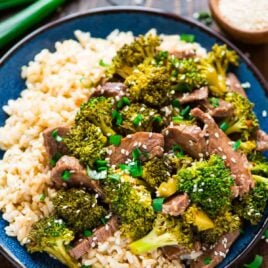 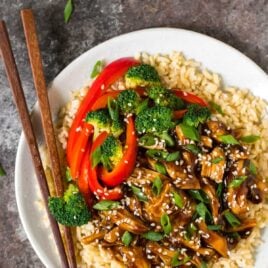