The Well Plated Cookbook is now available for pre-order! Get your copy

Although my neighbors have become accustomed to my ringing their doorbells to borrow the odd ingredient, then returning a few hours later with a container of the finished recipe as a thank-you, when I informed my neighbor that I was going to use the can of white beans she lent me to make Maple Pecan Blondies, she was justifiably skeptical. 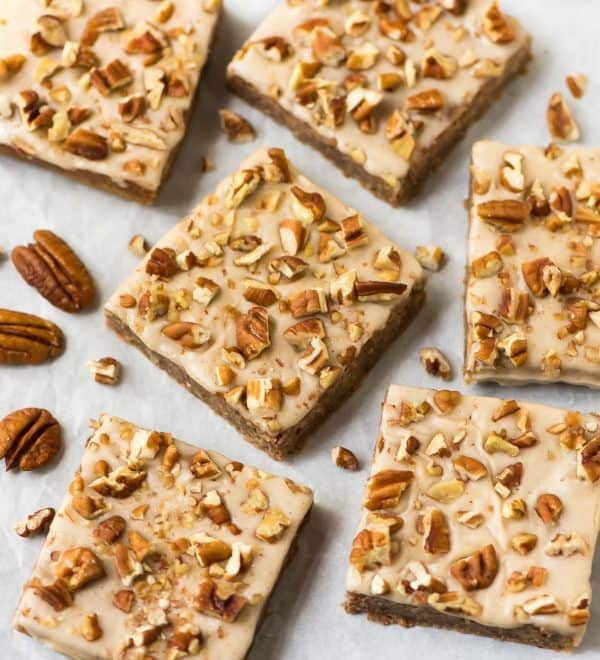 Beans? In blondies? Don’t hang up the phone!

Less than 10 minutes after I’d dropped off the chewy pecan blondies in all their maple-frosted glory, my neighbor texted to say that they were wonderful.

She even shared them with her daughter and husband, both of whom went in for seconds and never guessed the secret ingredient.

Other sneaky bean blondie approvers: the gals at my book club (none guessed the secret ingredient) and even Ben, who has eaten every dessert I’ve baked since the day these Zucchini Brownies came to life with a tangible level of skepticism.

^^To be clear, he loves those brownies. And these Sweet Potato Brownies. He’s a purist and can’t quite accept that a dessert can contain such a healthy ingredient AND taste good at the same time.

I, however, am a big believer in sneaking in wholesome ingredients wherever I can. If you are too, these Maple Pecan Blondies are for you! 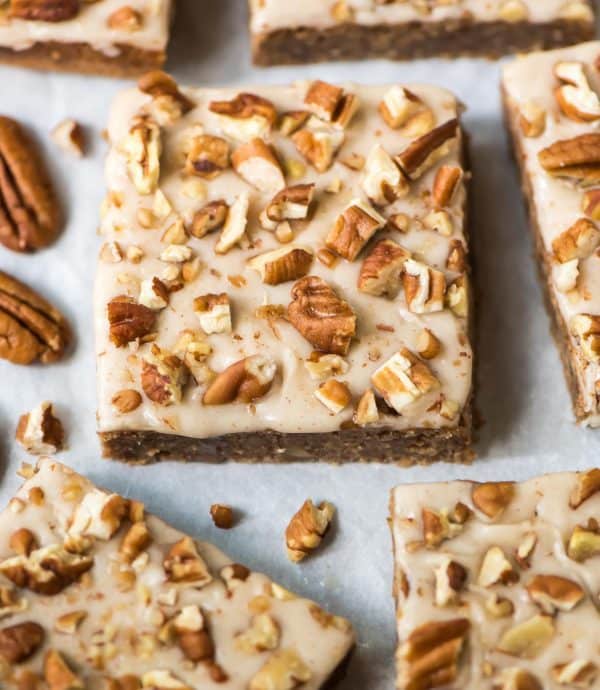 What is the Difference Between a Brownie and a Blondie?

About These Maple Pecan Blondies

This ooey-gooey skillet Healthy Peanut Butter Cookie is essentially a giant blondie and is made with chickpeas. It’s become a reader favorite, especially amongst those of you who share my secret delight in tempting your husbands, kids, and friends to guess your healthy baking secrets.

This is an ultra-chewy blondie recipe that’s rich and densely fudgy like a brownie, minus the chocolate, plus a fall and winter holiday flair. The pecan blondies taste incredibly rich, yet are naturally sweetened, vegan, and gluten free.

Pure maple syrup and coconut sugar do the sweetening (you can swap brown sugar for coconut sugar if you like), and thanks to the moisture and structure the beans provide, just two tablespoons of coconut oil are all you need to make these blondies taste as decadent as if they were made with butter.

The batter comes together entirely in the food processor, and if you hustle, you can have a pan of these babies in the oven less than 20 minutes from now.

A word on the maple frosting: it is heavenly. While not required, I do think the frosting makes the pecan blondies extra special. It also ensures they pass the scrutiny of even the toughest of healthy dessert skeptics. 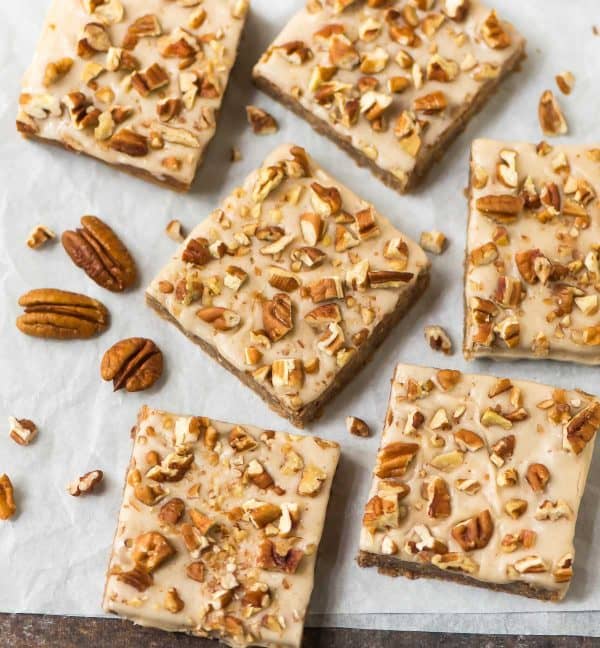 We are entering the the heart of the holiday baking season. If you are looking for a way to indulge a little more wholesomely without missing a morsel, these Maple Pecan Blondies are an ideal option.

I also love the idea of bringing a pan of these chewy pecan blondies to a Thanksgiving or Friendsgiving celebration. They are magnificently easier to make than a pie yet still display that from-scratch caring and comfort that we seek in our holiday meals.

Plus, you can play a round of “guess the secret ingredient” at the table.

If you do decide to give these a try, I’d love to know how it goes and if your friends are as stumped as mine were too! 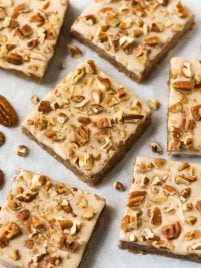 Print
5 from 4 votes
Leave a Review »

For the Maple Glaze: 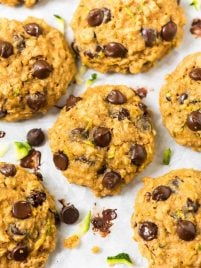 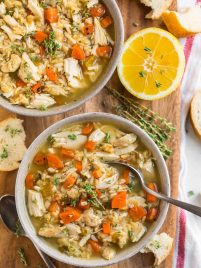 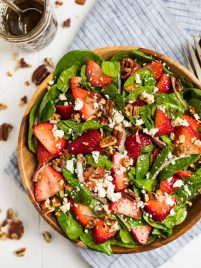