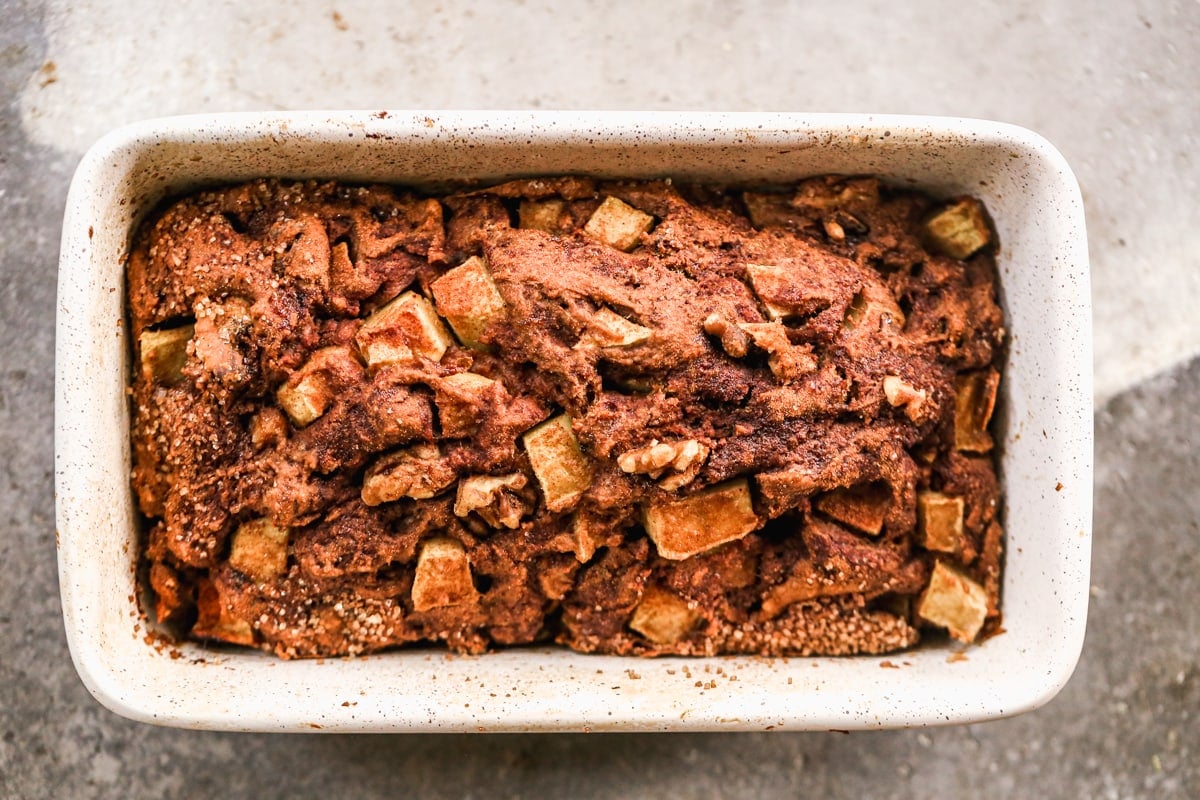 Cinnamon, spice, and all the fall feels are baked up together in this moist, healthy Apple Bread. This quick and easy bread is FULLY LOADED, nearly to the breaking point, with apple chunks and walnut pieces. Once you try a bite, you won’t want it any other way.

I’ve been making this special apple bread recipe every fall for more than 15 years. I was first introduced to it my freshman of college when my friend Elisabeth’s mom mailed her not one but TWO loaves in a care package.

Little wins friends or elicits envy quite like a dorm care package. Fortunately for me Elisabeth is generous, especially since this apple bread is outstanding.

Packed to the max with cinnamon, walnuts, and juicy apple hunks, this apple bread makes quite the impression. I can still remember my first slice—and the four slices that followed.

I’m not sure if Elisabeth was annoyed at my rather cavalier attitude towards her apple bread, but she emailed her mom for the recipe and I’ve been baking it myself ever since.

Like this classic Gluten Free Apple Crisp, this apple cinnamon bread recipe is special. The first thing that you will notice about it is that it is stuffed nearly to the point of falling apart with apples and walnuts.

Call me a purist, but I’m not a fan of recipes that fail to deliver on the flavors their names promise. When I call something apple bread, I expect there to be a lovely piece of apple in every bite. This apple bread lives up to its title.

Over the fifteen years (!!!) that I’ve been baking this apple bread, I’ve been tweaking the recipe to see what healthy changes I could make without losing the wonderful flavor, texture, and all-around warm cinnamon apple goodness that originally stole my heart. Today’s recipe is it!

This apple bread is made with simple, fresh ingredients that I bet you already have in your pantry.

Like with these Baked Apple Slices, you can use any variety of crisp baking apples for this recipe. A few excellent apples for baking are Honeycrisp, Cortland, and Granny Smith. This article has suggestions for other apple varieties too.

9.99% of the time, I bake this apple bread with apples and applesauce, just as the recipe is written.

That said, if you’d like to change it up—say you’re overrun with apples and on your third loaf in a week—or add a bit of extra flair, here are a few easy additions.

Have A Lot of Apples? Here are More Ways to Use Them Up!

Happy fall to you, my beloved Apple Bread! Here’s to 15 years of baking and eating your apple cinnamon goodness, with many more to come. I hope this easy apple bread recipe becomes a part of your fall tradition too! 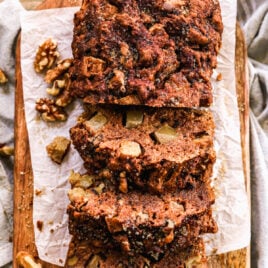 4.97 from 27 votes
A moist, healthy apple bread made with applesauce, fresh apples, and cinnamon. Super easy to prepare and your house will smell like heaven while it bakes!
Prep: 15 mins
Cook: 45 mins
Total: 1 hr
Servings: 10 slices (one 4x8 inch loaf)
ReviewPrint

Store leftover apple bread in an airtight container at room temperature for four days or freeze for up to two months. Let thaw overnight in the refrigerator.

Fun fact: is the third time I’ve shared this apple cinnamon recipe on my blog (a serial perfectionist, I wanted to improve the photos). It was one of the earliest recipes I posted, back in 2012—I took the first photos with a flip phone! Sadly, I lost those original shots in a website migration, but I do still have the round I posted back in 2016. Here they are for posterity. It’s fun to see the photography progress. And to be clear: apple bread tastes delicious no matter what it looks like. 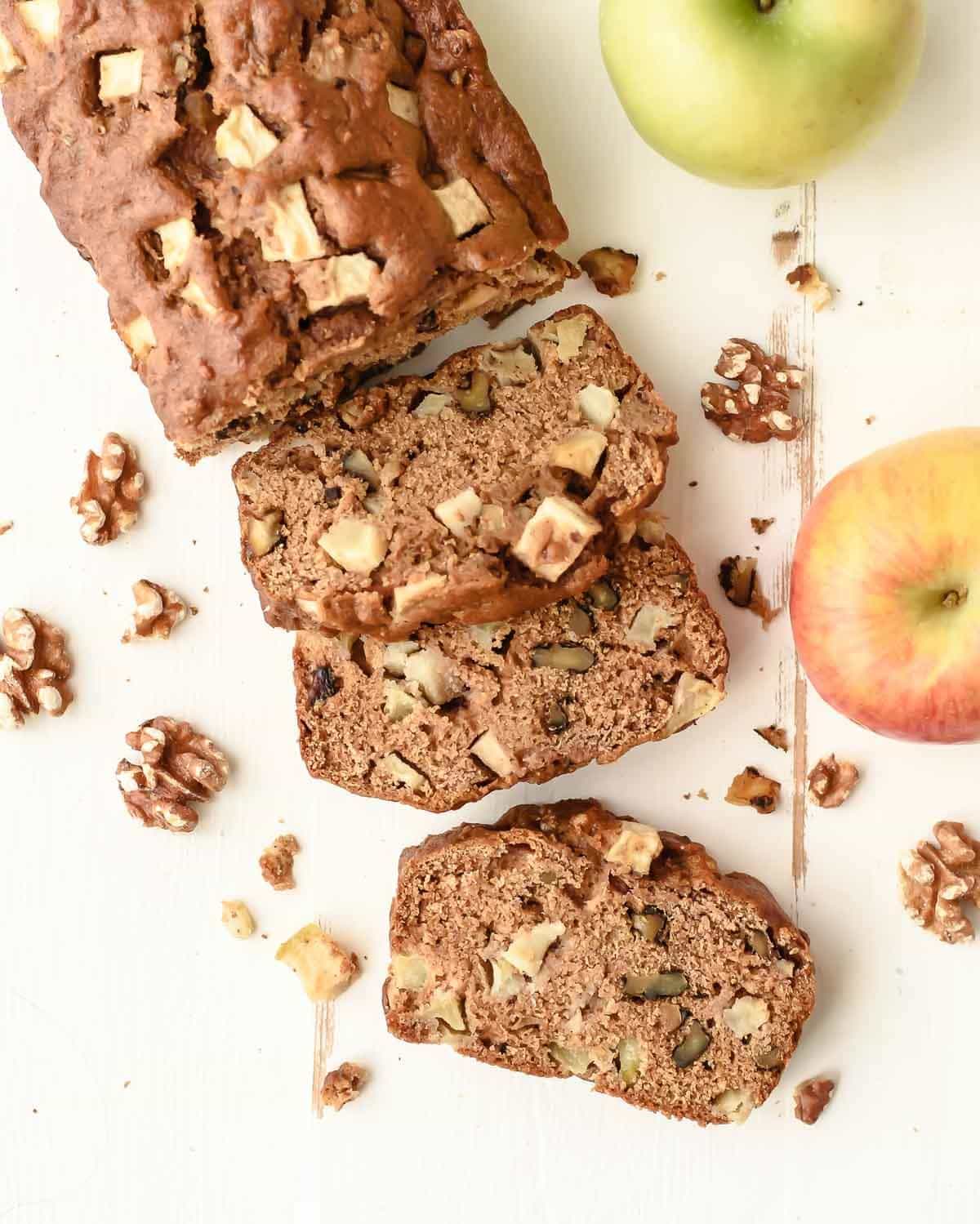 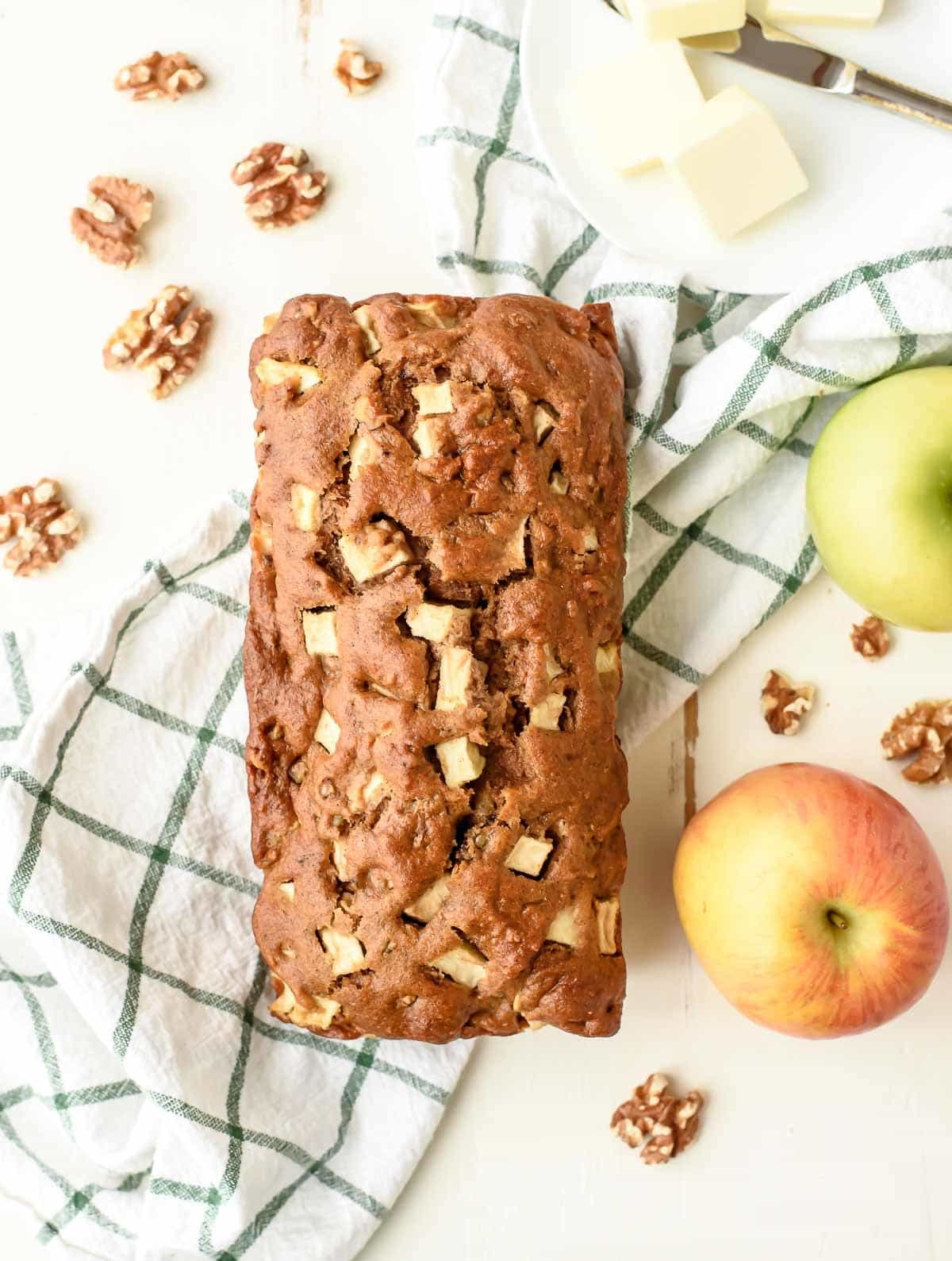 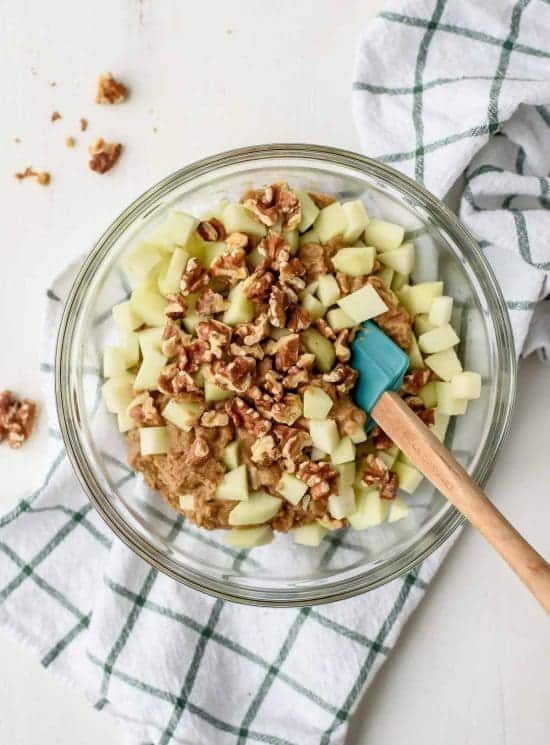 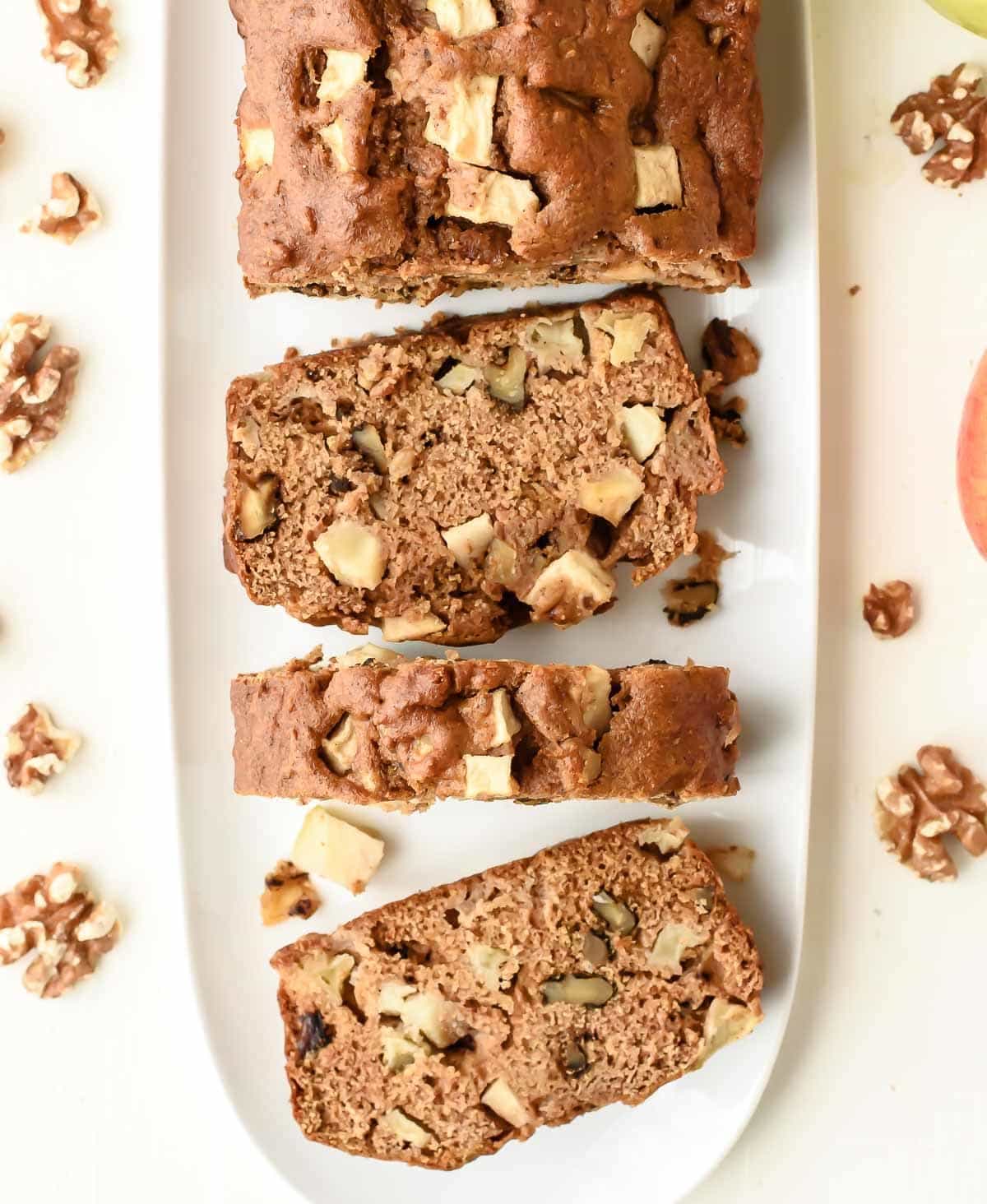 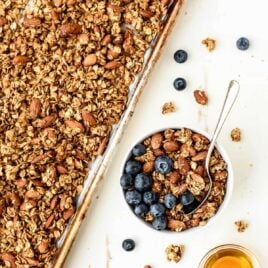 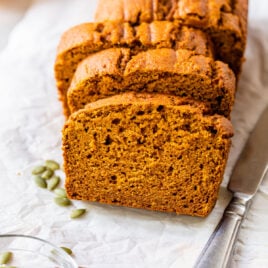