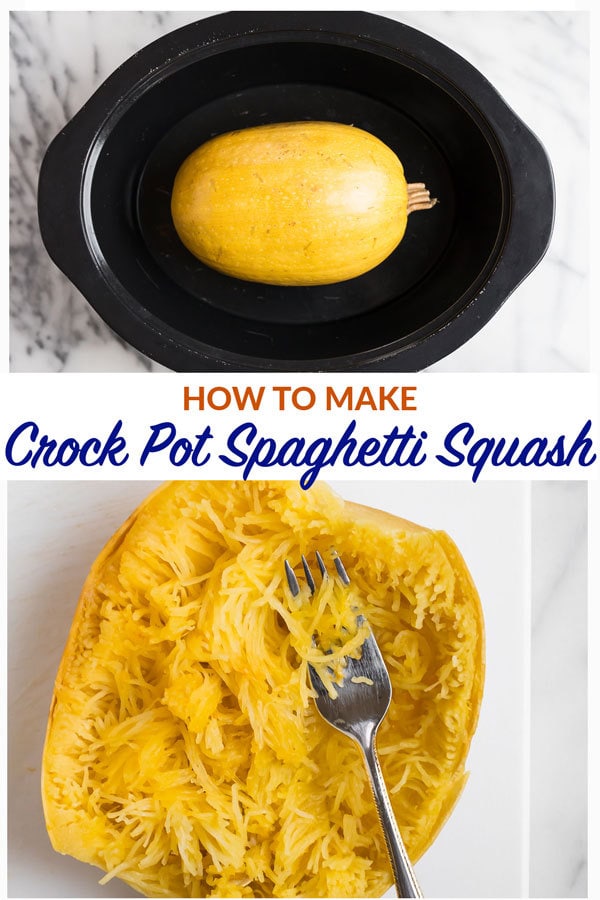 Crockpot Spaghetti Squash at your service! This hands-off, healthy slow cooker recipe is here for when you a) need a vegetable side to serve with dinner but aren’t in the mood to actually plan and cook it, b) have an oven that is already occupied, c) need spaghetti squash for a different recipe, and/or d) want to feel like a multitasking crockpot boss babe.

As a kid, spaghetti squash (with brown sugar and butter, please and thank you) was one of the few vegetables I would eat without some serious mealtime melodrama. It took me a while to reunite with it as an adult, and considering its positive qualities, I don’t make it nearly as often as I should.

Spaghetti squash is low carb, low calorie, and offers a range of vitamins, minerals, and fiber.

The more I type, the more I’m asking myself why I don’t cook spaghetti squash every week.

Here’s the honest answer: As much as I love this simple Roasted Spaghetti Squash recipe, sometimes I just don’t feel like turning on the oven.

If only there were an alternative way to cook spaghetti squash…

Enter Crockpot Spaghetti Squash. I set out to see if I could cook squash in the slow cooker, and the answer was a resounding yes!

The lead up to this post was my first time making spaghetti squash in the slow cooker, and I am a changed woman.

Not only was it super convenient to have the squash cooking while I went about the rest of my day, it was EASY from beginning to end.

How Do You Make Spaghetti Squash in the Crockpot?

Note: You can cook the spaghetti squash whole. No need to cut it in half here! Triple points for ease.

One of the biggest questions I had before I started is if I needed to cook the spaghetti squash in water and the answer is no. While I do like adding a little water to the pan if I’m roasting the squash in the oven, the steam trapped in the slow cooker will provide plenty of moisture.

For those who love the precise details: I tested this a few different ways. I found a more moderately sized squash (4 pounds), and it took nearly 4 hours on high. Large-and-in-charge spaghetti squash (5+ pounds) needed 7 to 8 hours on low.

Cooking spaghetti squash in the slow cooker even simplified my least favorite part of preparing any kind of squash: scraping out the seeds!

I know, I know, removing the seeds is not that bad and of course worth it, but they are usually so slimy! With crockpot spaghetti squash, the seeds and strings come out easily and instantly with very little pressure.

Once you’ve shredded the squash strands (a task I find oddly satisfying), they are ready to use however you please.

How to Store and Reheat Spaghetti Squash

Ways to Use Crockpot Spaghetti Squash 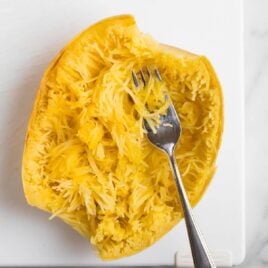 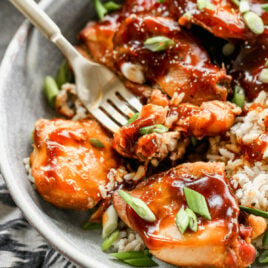 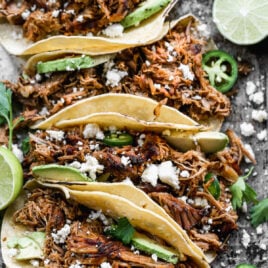 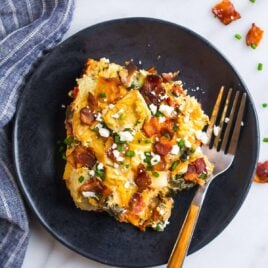