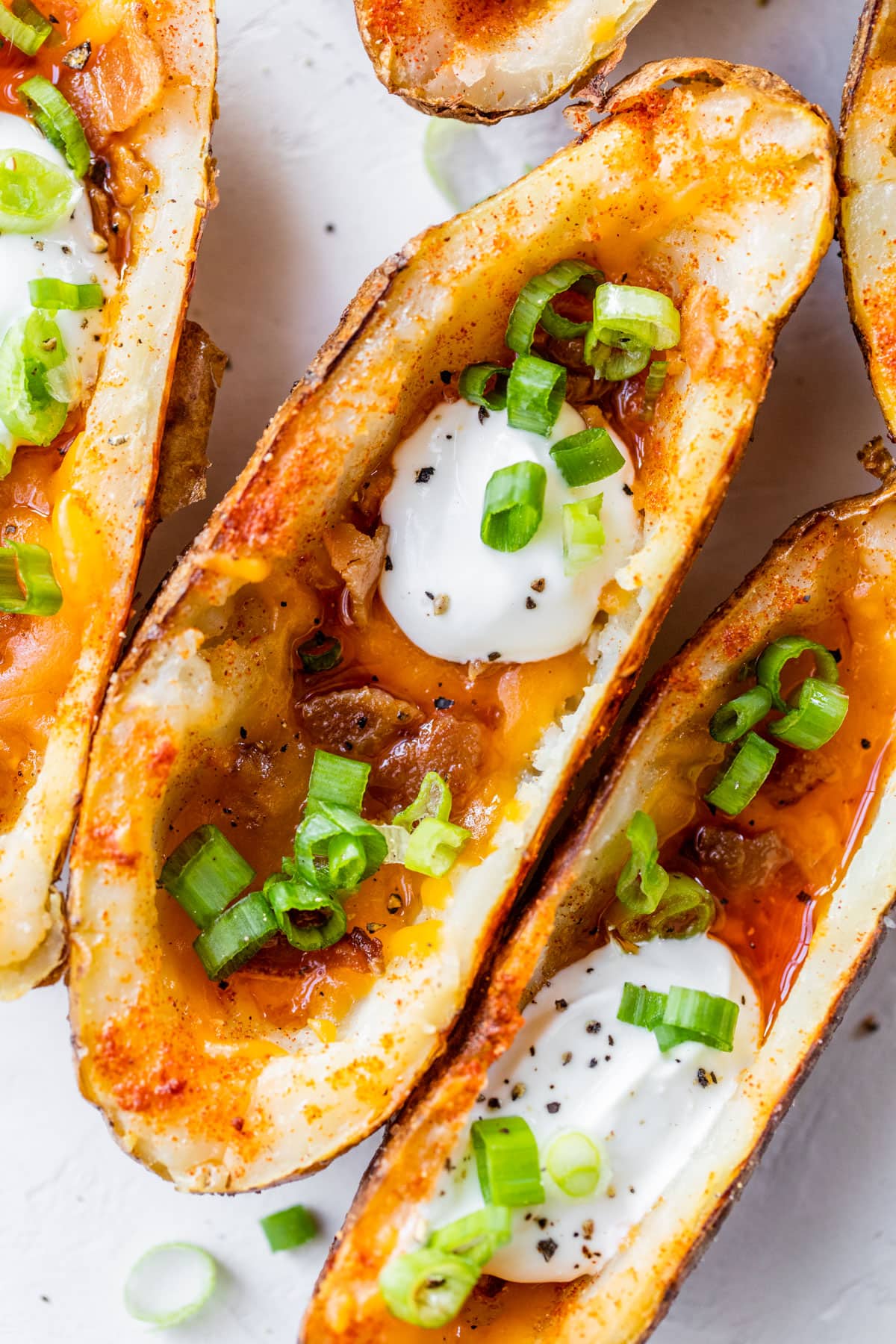 Brie Bites, I do adore you, but when it comes to sports or grilling, you just aren’t the vibe.

For today’s homemade potato skins recipe, I skipped the deep fryer and used the oven to make baked potato skins instead.

How to Make Potato Skins in the Oven

The only time-consuming part of these easy potato skins is baking the potatoes.

That step really isn’t difficult at all, and you can even do it in advance if you like.

While potatoes sometimes receive a bad nutritional reputation, this is more to do with how they are prepared (deep fried, slathered in butter, etc.) than the potato itself. Potato skins are nutritious especially because they contain potassium, magnesium, fiber, and vitamin B among other nutrients.

By baking the potato skins instead of frying them, you’re keeping these on the lighter side. Being prudent with toppings and using more moderate amounts of indulgent ones helps too.

The cheddar can be swapped for any smooth melting cheese you enjoy. Try pepper jack for spicy potato skins, gouda for a gourmet spin, or do a mix.

For vegetarian potato skins, omit the bacon or swap for your favorite meatless bacon substitute.

Up to 1 day in advance, cook and crumble the bacon and shred the cheese. Store in the refrigerator.

Rewarm your leftover potato skins in the oven and top with a fried egg, or dice them and turn them into a hash (like this Sweet Potato Hash) or Potato Frittata. 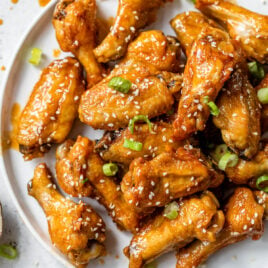 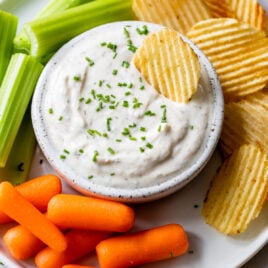 A game changer! No more fighting to get the paper to lay flat. It comes perfectly sized for a sheet pan.. 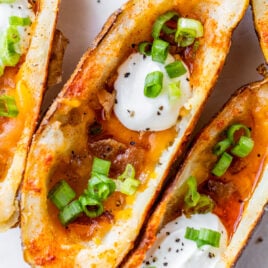 How to Cook Potato Skins in the Air Fryer?

I haven’t tried this myself but think it would work nicely. Arrange them in a single layer in your air fryer basket. Cook at 400 degrees F and check them periodically. Note that you’ll need to cook them in batches.

Is It Better to Wrap Potatoes in Foil Before Baking?

It’s not necessary to wrap potatoes in foil to bake them in a standard oven. Simply prick them on the outsides with a fork to allow steam to escape.

What Can I Do with the Scooped Out Potato Flesh?

Use it to make mashed potatoes, potato soup, or to top a shepherd’s pie (see these Crockpot Mashed Potatoes and Crockpot Potato Soup for recipe inspiration).

What Are Some Topping Variations To Try?

Taco. You could add cooked, seasoned ground beef, with tomatoes, lettuce, and guacamole!
Chili. Similar to this by adding with a little bit of Greek yogurt and chives!
Pizza. Made with mozzarella cheese and pepperoni. 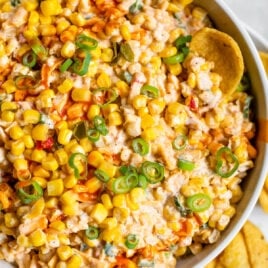 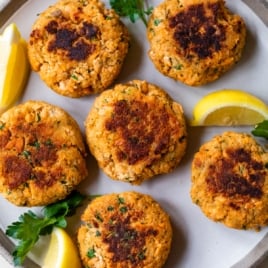 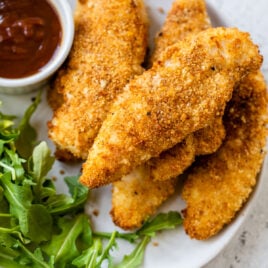 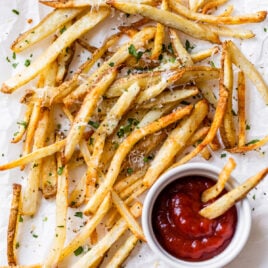