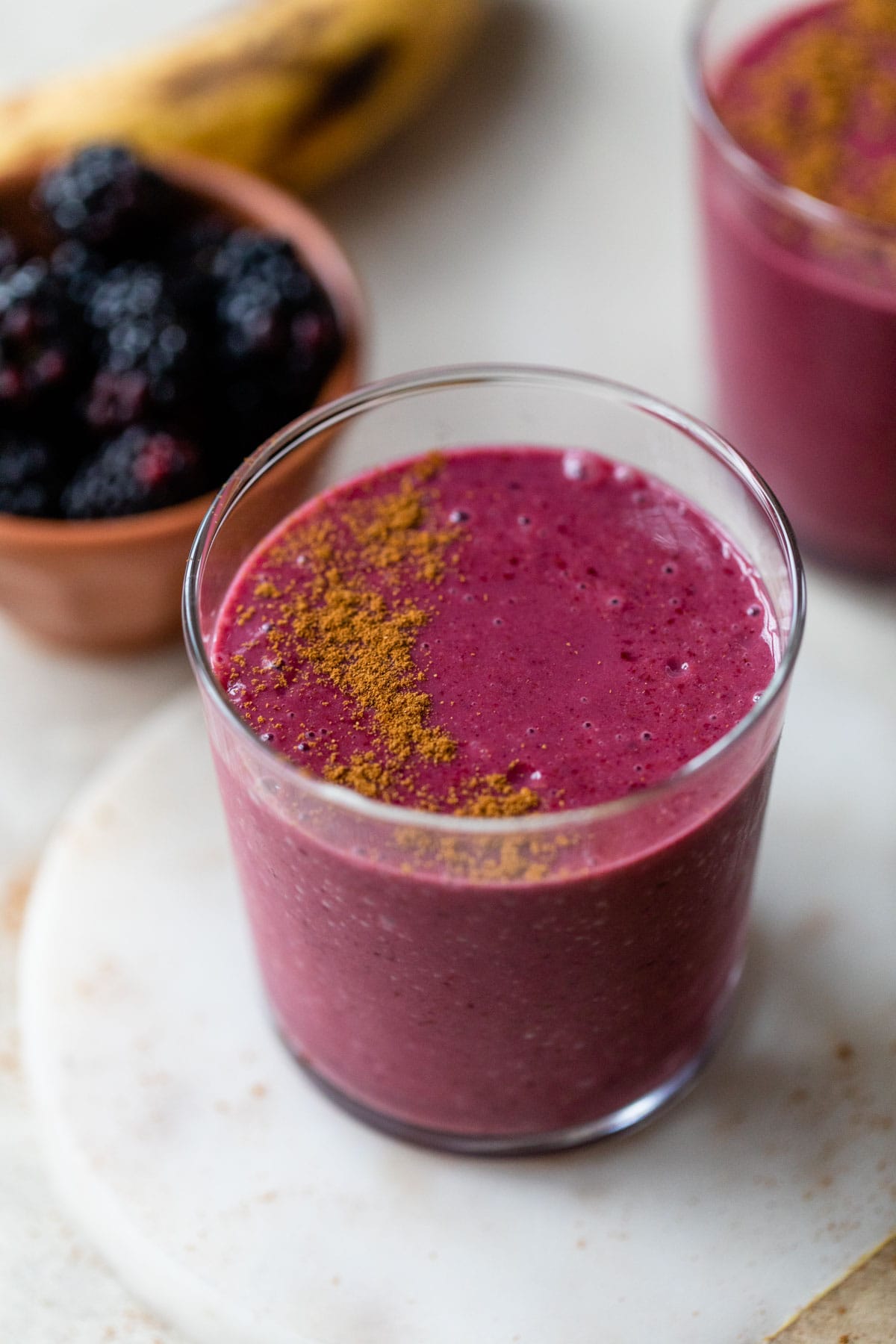 I can’t be certain that the Garden of Eden served up smoothies, but if so, Adam and Eve were totally sipping on Blackberry Cinnamon Smoothies.

Think about it. Why wouldn’t you want a smoothie in paradise? Smoothies are cool, refreshing, and can be instantly customized to suit your moods and whims.

Loaded with the fruits of the earth, these super-food shakes practically make your skin beam, which I am sure Adam and Eve particularly appreciated since, well, you know.

I bet Eve didn’t even have to wash the blender, which is just about the only non-heavenly aspect of smoothie making I can divine, aside from the blender noise.

(Note: Blender noise is only an issue if you wake up an hour before your husband and must carry your blender out into the apartment complex foyer to make your smoothie without waking him. Last week, one of my neighbors asked for a sip.)

Of the cornucopia of smoothies Adam and Eve could sip from their noiseless, self-cleaning blenders, Blackberry Cinnamon Smoothies would be their favorite.

In addition to reminding me of lost paradises and cool olive groves where I would like to hang out, dates give Blackberry Cinnamon Smoothies a much-needed natural sweetness to offset the tart berries.

Dates also add body to the smoothies, making them ultra lush, and lush is a mandatory characteristic for any self-respecting smoothie-in-paradise.

Dates are flavor buddies with vanilla, so I added three types of vanilla to this healthy smoothie recipe: vanilla extract (be sure to use the real stuff—it’s worth it!), vanilla yogurt (I used non-fat vanilla Greek to make the smoothie extra thick), and unsweetened vanilla almond milk, which I find makes the creamiest smoothies (though you can use any kind of milk you like.)

Cinnamon, vanilla, and dates form a trifecta of smoothie delight.

Holding it all together, we have our faithful smoothie standby: frozen banana. I slice overly ripe bananas, then freeze them in individual baggies to toss into my smoothies at will.

Pour yourself a generous serving and sip deeply. This healthy smoothie euphoria is so worth washing the blender.

This is my favorite blender: It blends like a dream, is a breeze to clean, and costs much less than other high powered blenders too. 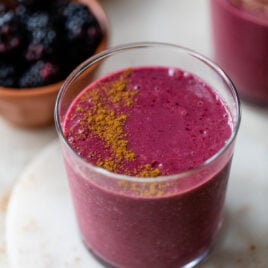 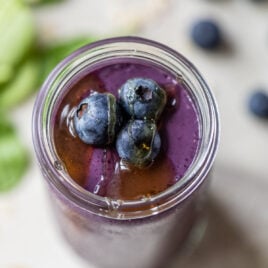 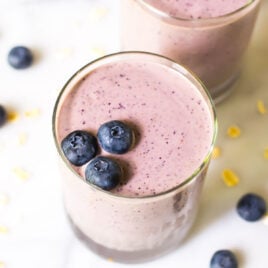 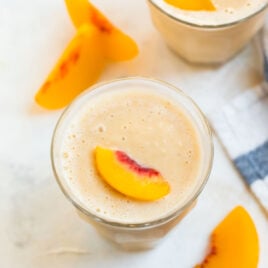